'The most challenging thing we've ever done': Kitchener couple hikes across Iceland to raise awareness for Highlands

Trekking over 400 kilometres across a cold, barren desert.

That's how a Kitchener filmmaking duo is raising awareness for the Iceland National Park Initiative.

It's not the first gruelling trip that Ryan Richardson and Hailey Playfair have been on. The pair travel around the world as Life Outside Studio, documenting their trips in the name of protecting nature.

Their most recent adventure is one that hits close to home for them. TheIceland National Park Initiative is aiming to protect 40,000 square kilometres of waterfalls, glaciers and volcanoes in the Highlands of Iceland.

Currently, less than half of that span is protected as a national park. 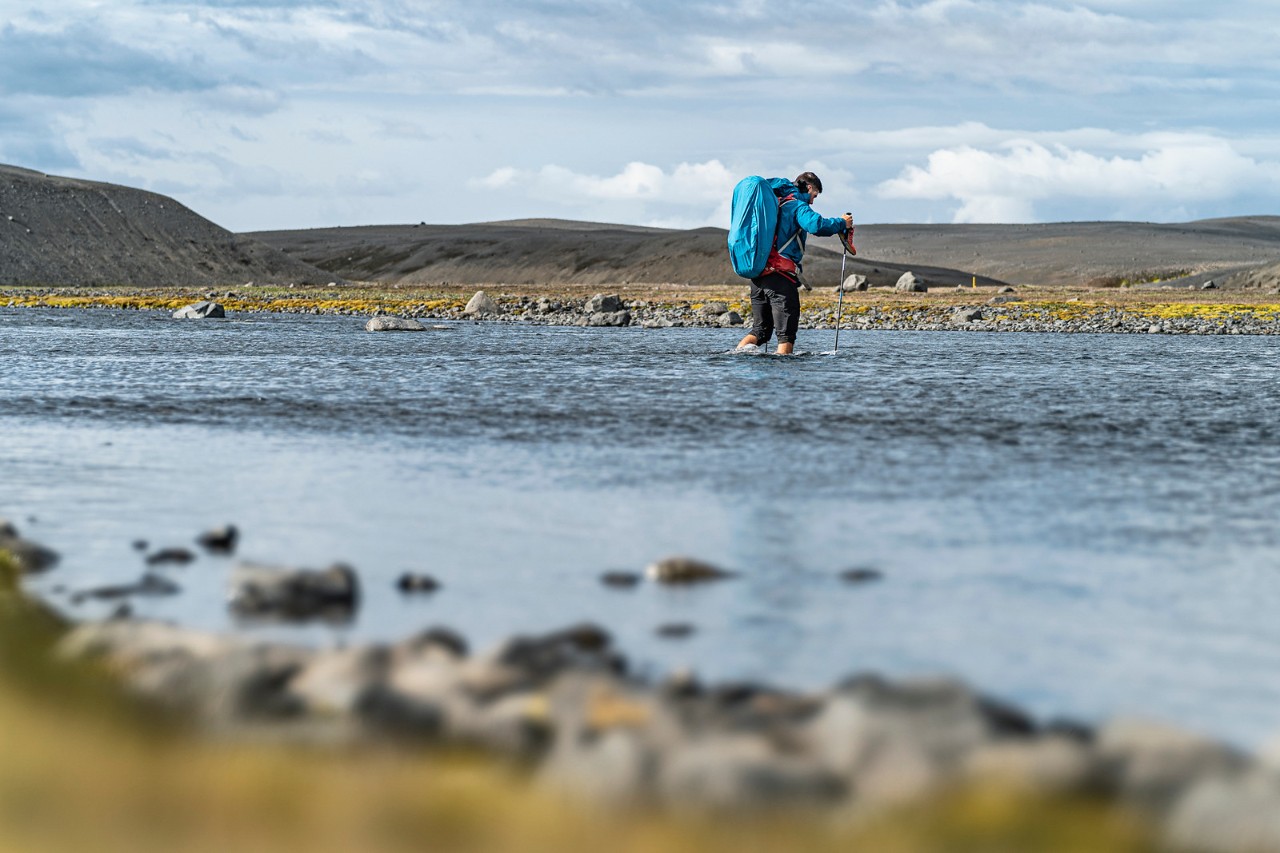 Ryan Richardson crossing a waterway in the Icelandic Highlands. Despite the cold temperatures, taking off their shoes and walking was a regular occurence. (Source: Life Outside Studio)

"Right now, it's being threatened by hydro development," Playfair explains. She says they were looking to contribute however they could. "We know how to film, we know how to walk, so we were like, 'let's go and help them.'"

They began planning their 14-day trek across Iceland using Google Earth, estimating the distance from coast to coast at about 300 kilometres. 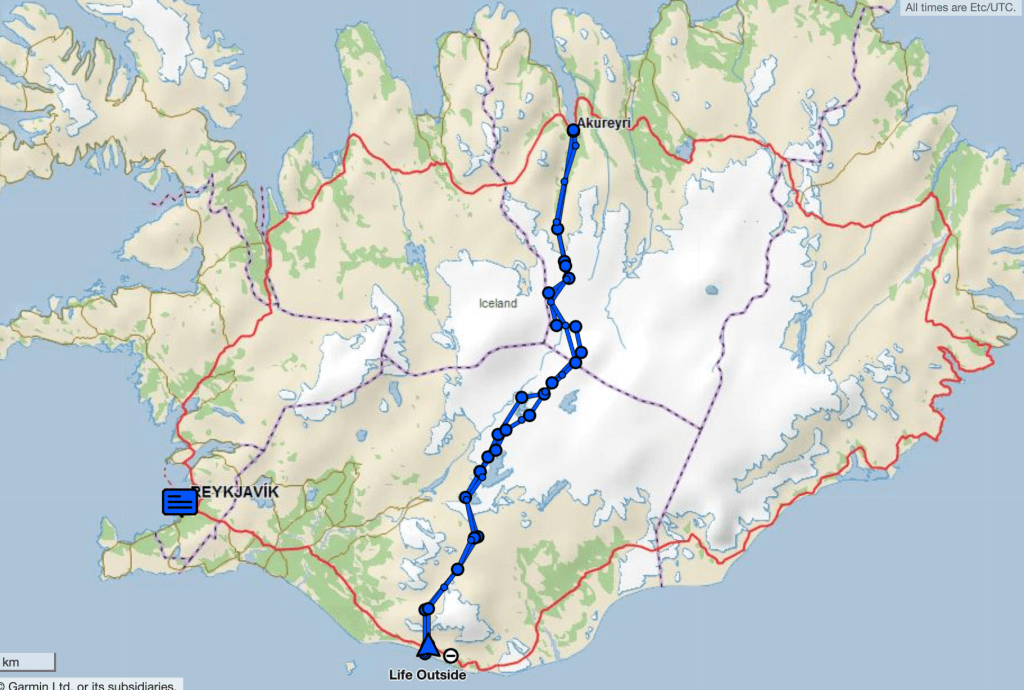 Their plan for roughly 25 kilometres per day, however, turned into between 42 and 50 per day.

"When it translated to us actually walking where we had planned to walk, it was a lot longer,” Playfair says.

That pace made up 10 days of their hike. They also took three recovery days in their tent so that they could tend to their injuries and rest. 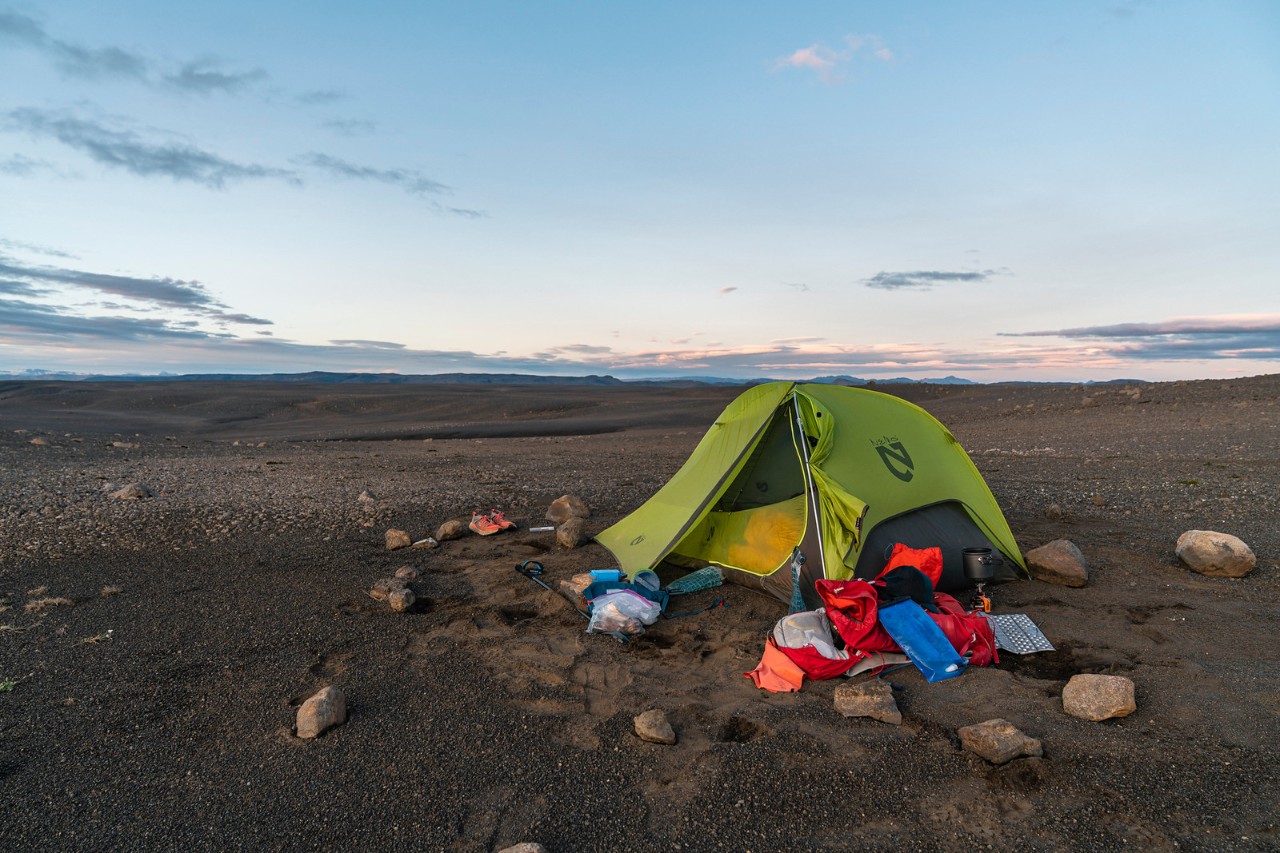 On the 14th day, they made it to the south coast.

"We'd never done anything like this before so we were literally pushing the limits of our own personal boundaries," Richardson explains.

He calls the trip "the most challenging thing we've ever done."

Their trip was amplified by other obstacles: inclement weather, cold temperatures—and pain. Days into the trip, Richardson's feet got covered in blisters. 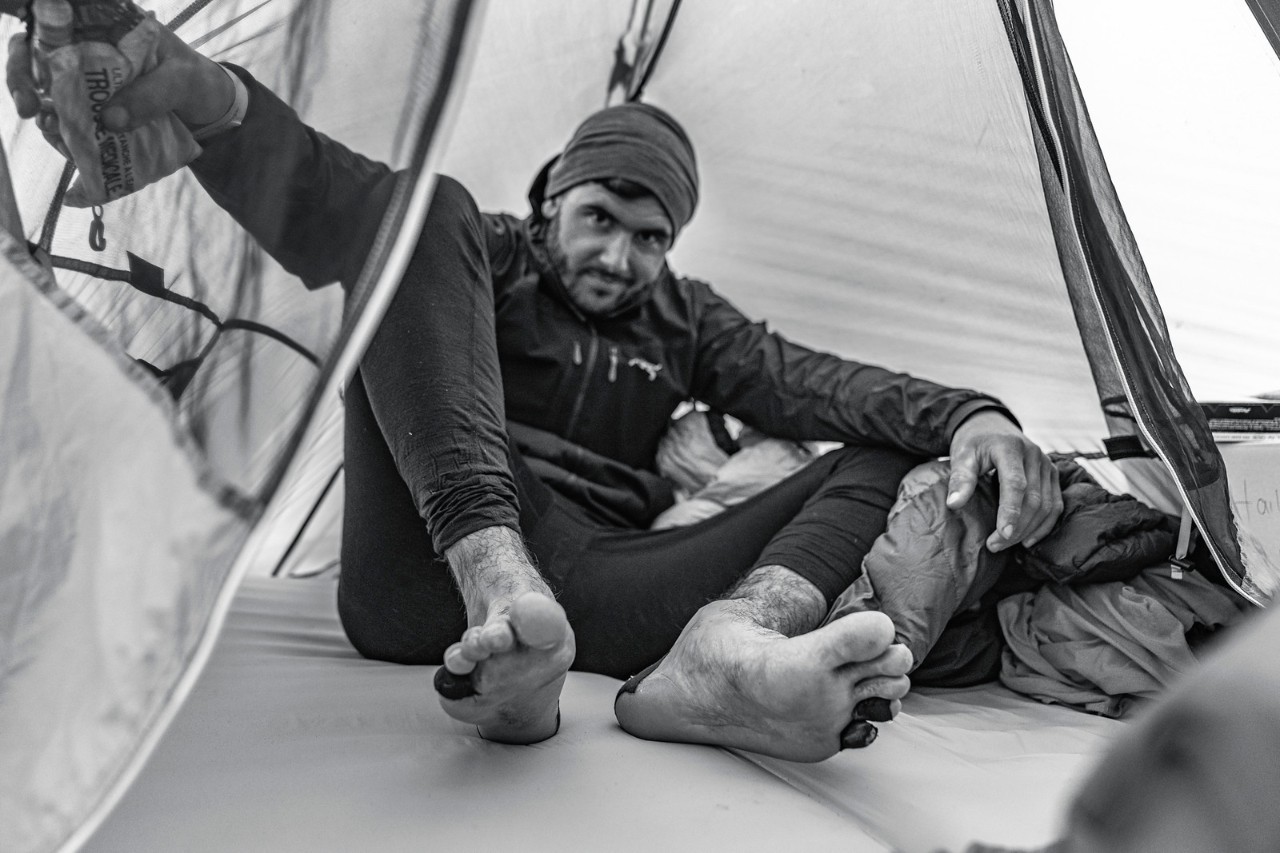 "My feet at one point got so swollen that I couldn't put them in my shoes, so I wouldn't take them out of my shoes because I couldn't get them back in," he explains.

Under 100 kilometres away from their southern destination, he felt like he was close to quitting, he says in a post on their website, Life Outside Online.

But an adage from his mother Leanne inspired him to keep going: "Never quit at night, if you're going to quit, do it in the morning after you rest."

Unable to quit, they had no choice but to make it to their destination, a feat that comes second to the implications it could have on the region. 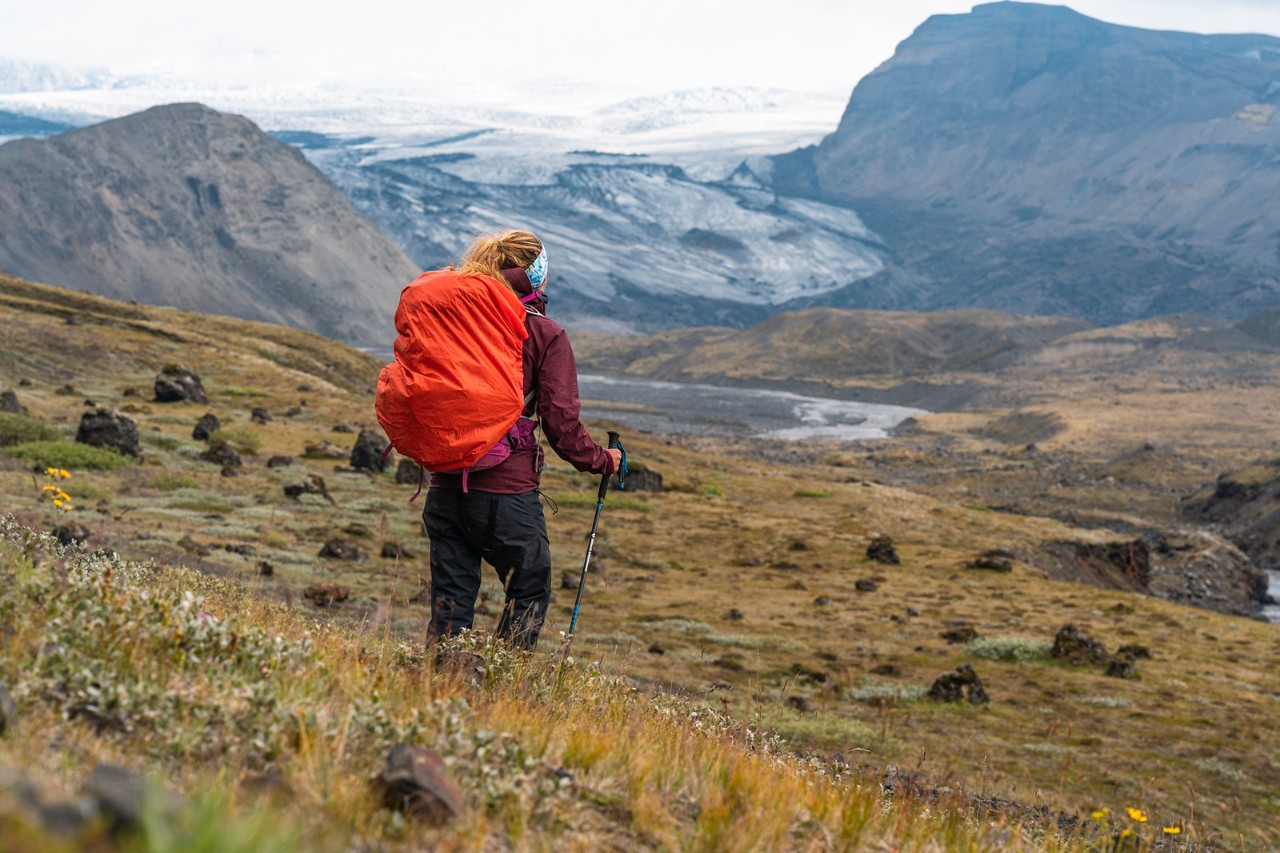 The duo says the idea behind the film is to raise awareness around environmental issues that are happening outside of the public's eye. (Courtesy: Life Outside Studio)

"Being able to show how special this place is, that it is worth protecting and that people need to say something about it, hopefully that'll compel the government and policy to actually protect it," Richardson says.

Now, they have the immense task of putting it all together into a film. That's no small task, as they compiled over 7,000 clips and more than 1,500 photographs, media that takes up two terabytes.

The pair hopes to release their film about their experience by the fall.

Richardson says he hopes the feature will shine a light on a part of the world that few people ever get to see, raising awareness about what's at stake outside of the public's eye.

With reporting from Zayn Jinah. All photos courtesy of Life Outside Studio.