WEYBURN -- Lifelong Weyburn resident Connie Regier’s poem “The War,” is written from her perspective as a child dealing with her father, Cpl. Sidney Wilson, being away at war.

“By the time he came home, we were strangers,” said Regier. “You couldn’t make up for the distance.”

She wrote the poem to try and come to terms with the confusion and separation of her father’s five years overseas. It was a therapeutic experience for Regier to try and put her feelings about her father into words, but it also indirectly helped her find some answers about him through the form of his 70-year-old war time letters.

Cpl. Wilson enlisted to the Southern Saskatchewan Regiment in 1940. He returned home to Weyburn in 1945, after travelling across Europe for the majority of World War II.

Seventy-four years later, Regier was asked to perform her personal poem at the Weyburn Royal Canadian Legion Remembrance Day ceremony. She was put in touch with Connie Nightingale, the secretary manager of the Legion, to read her the poem. 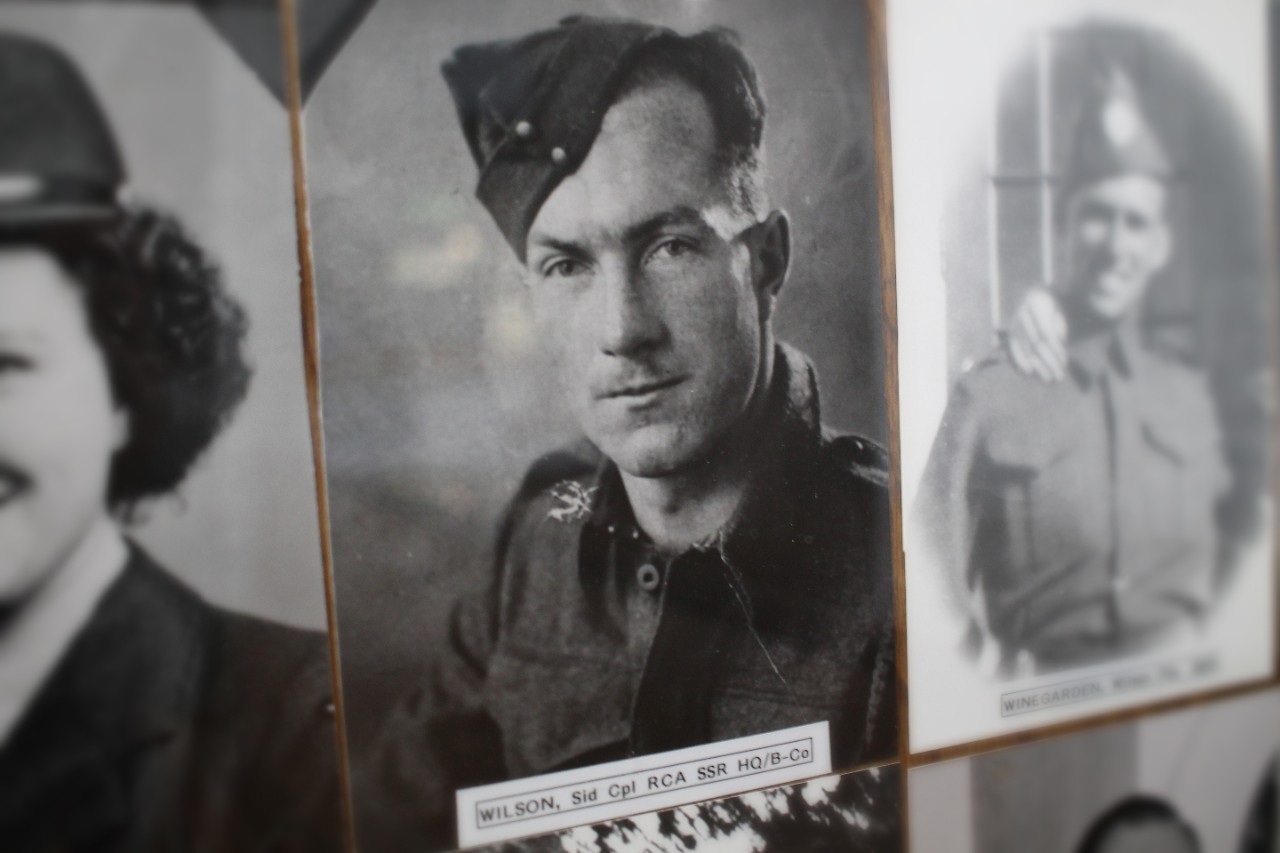 “It’s absolutely overwhelmingly emotional and beautiful,” said Nightingale. “After she had recited the poetry to me I asked her ‘why don’t we look up your father’s service records, or at the least I will have a photo of her father from World War II.’ And when she said his name was Sidney Wilson, it took my breath away.”

A day earlier, a Weyburn man was doing renovations to his family home. When he got behind the walls to reinsulate one of the bedrooms, he found a stack of papers.

“He discovered, mixed in with Christmas cards and hand drawings made by children, were three letters home from WWII from a Weyburn soldier to his wife,” said Nightingale.

He decided to bring the letters to the Legion in Weyburn and Nightingale looked into the soldier who wrote them.

“I did pull the file on the soldier and his name was Cpl. Sidney Wilson.”

“The War” questions what Regier’s father’s mindset was like during his military service, what he was thinking about, and ponders if he missed his family back home in Canada. These questions remained unanswered for decades, but when Regier arrived at the Legion the next day, she found some of the answers she had been seeking.

“She said ‘you’re not going to believe this,’ and put this package in front of me. She said ‘this just came in a few days ago, is this your father?’ And it was,” said Regier. “I was in shock.” 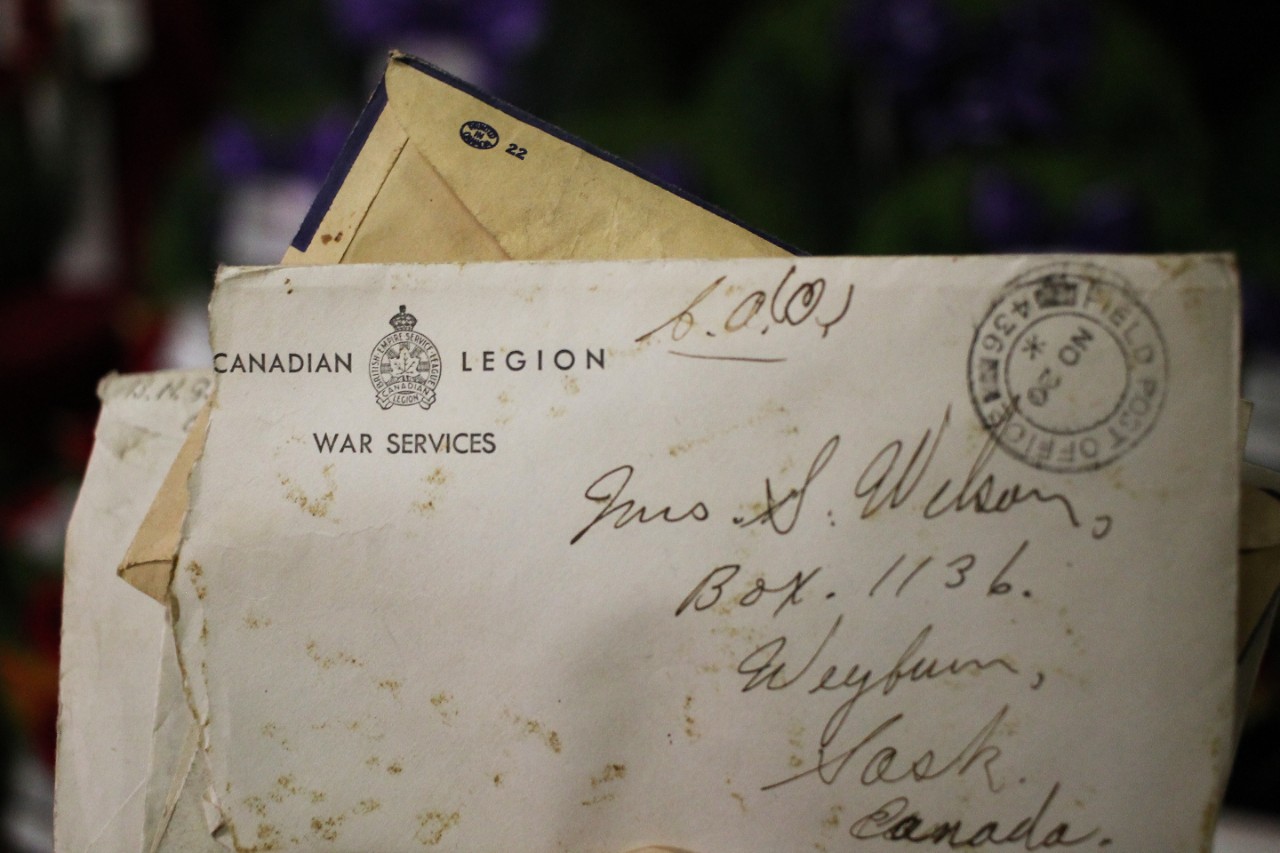 She waited a few days to open the letters up, but curiosity soon overcame her.

But the letters helped show her a different side of her father she didn't get to see growing up at their family home in Weyburn.

“I’m seeing him as a vulnerable young man, not the tall straight soldier who came home and suddenly was thrust into a position where he had to take charge of the family,” said Regier. “There’s a kind of forgiveness that came in. He was so young when he went over.”

The chain of events that brought the letters back into Regier’s possession was a process that began in the 1940s.

“Too many coincidences,” said Regier. “Call it the universe, everything just came together.

“This was 80 years of coincidences in order to bring these letters into her possession,” said Nightingale. 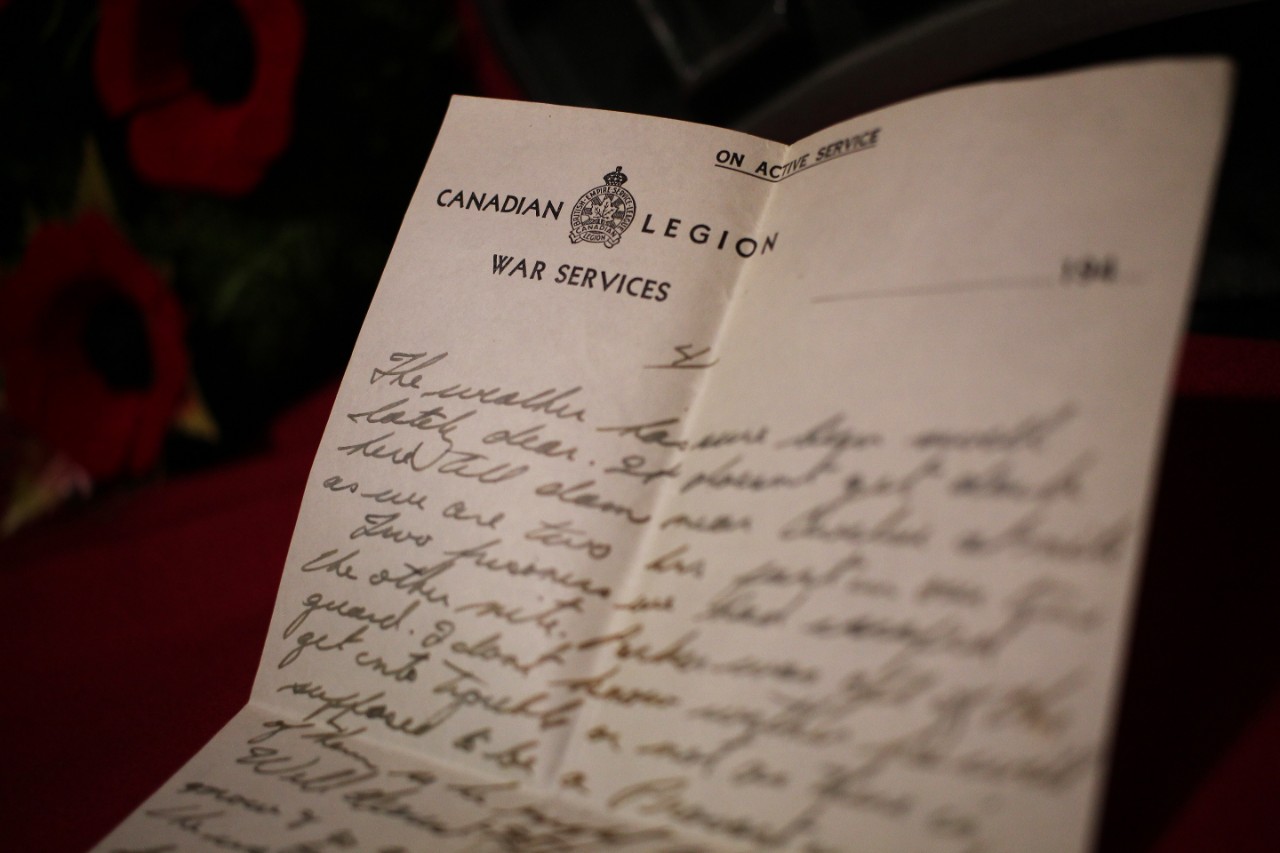 'The war went on'

Regier said the theme of her poem is how the war continues for soldiers who return home.

After decades of questions about who her father was, years after he passed away she now understand some of the battles he had to deal with overseas, and after he came home. 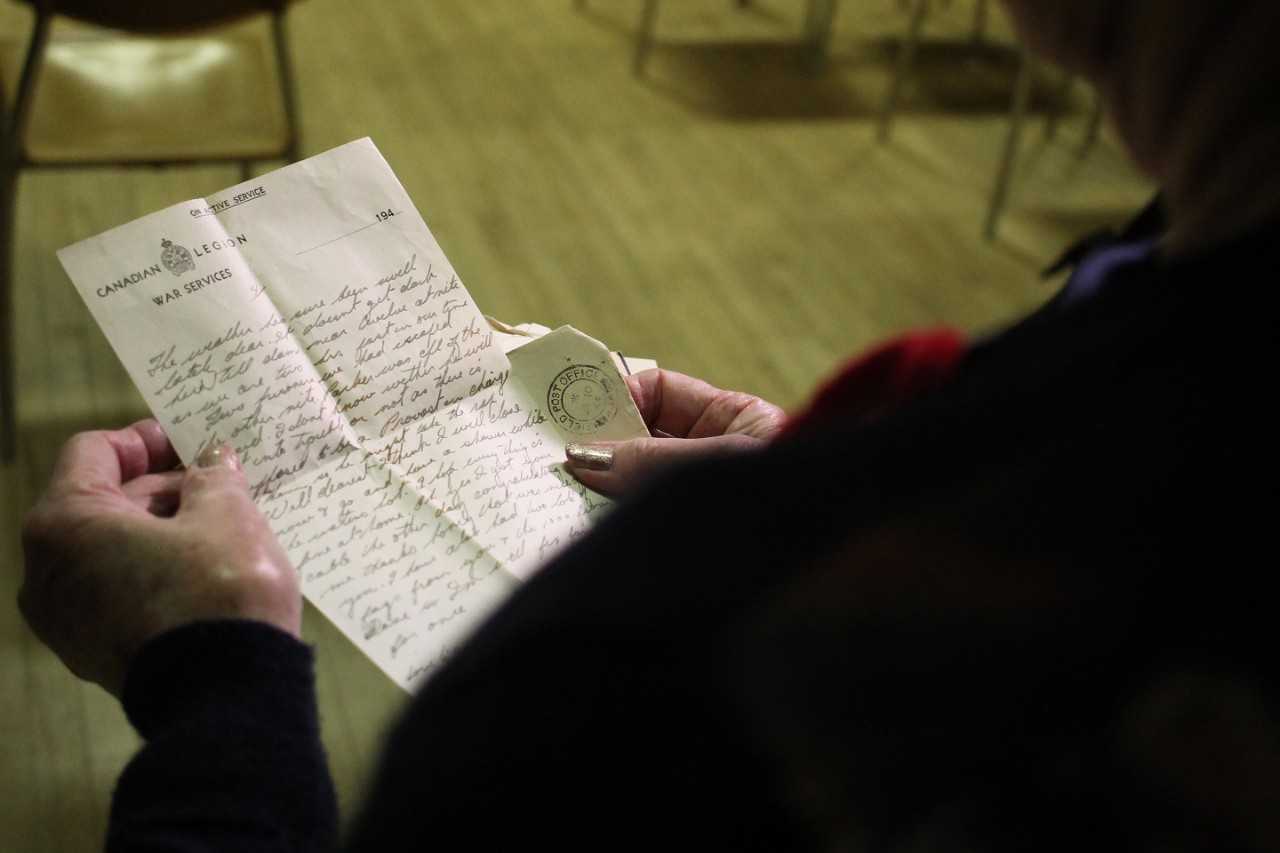 “I actually admire him. He did the very best he could,” said Regier. “I can wear his medals for him. I can stand up. He wouldn’t do it. I can.”

“People can know him through me. That’s all I can do for him. I can do that for him, because I couldn’t do it when I was younger, I can do it now.”