A survivor’s story: Inside Sask.’s last-standing residential school and the push to preserve it

It was decades before Vera Slippery had her first flashback.

She was nearly 40-years-old.

She says she remembered the punishments – kneeling in the shower for hours, the yelling and swearing, being sent to bed early – but she didn’t remember the sexual abuse until she started intensive counselling.

“Then all of a sudden things started to come up,” Slippery says. “I had my first memory and it had to do with an injury I sustained during my sexual abuse.”

Slippery says this while standing in a second-floor hallway at Muscowequan Residential School amid peeling paint, debris and broken glass. Pigeons have made the school home; their droppings cover entire floors of the building and they can be heard cooing. One flies overhead out of one room and disappears.

It’s cold and dark, except for the small light on a CTV News camera and a sliver of light at the end of the hallway where a board on a window doesn’t quite fit. A blue un-hinged door leans up against the wall. 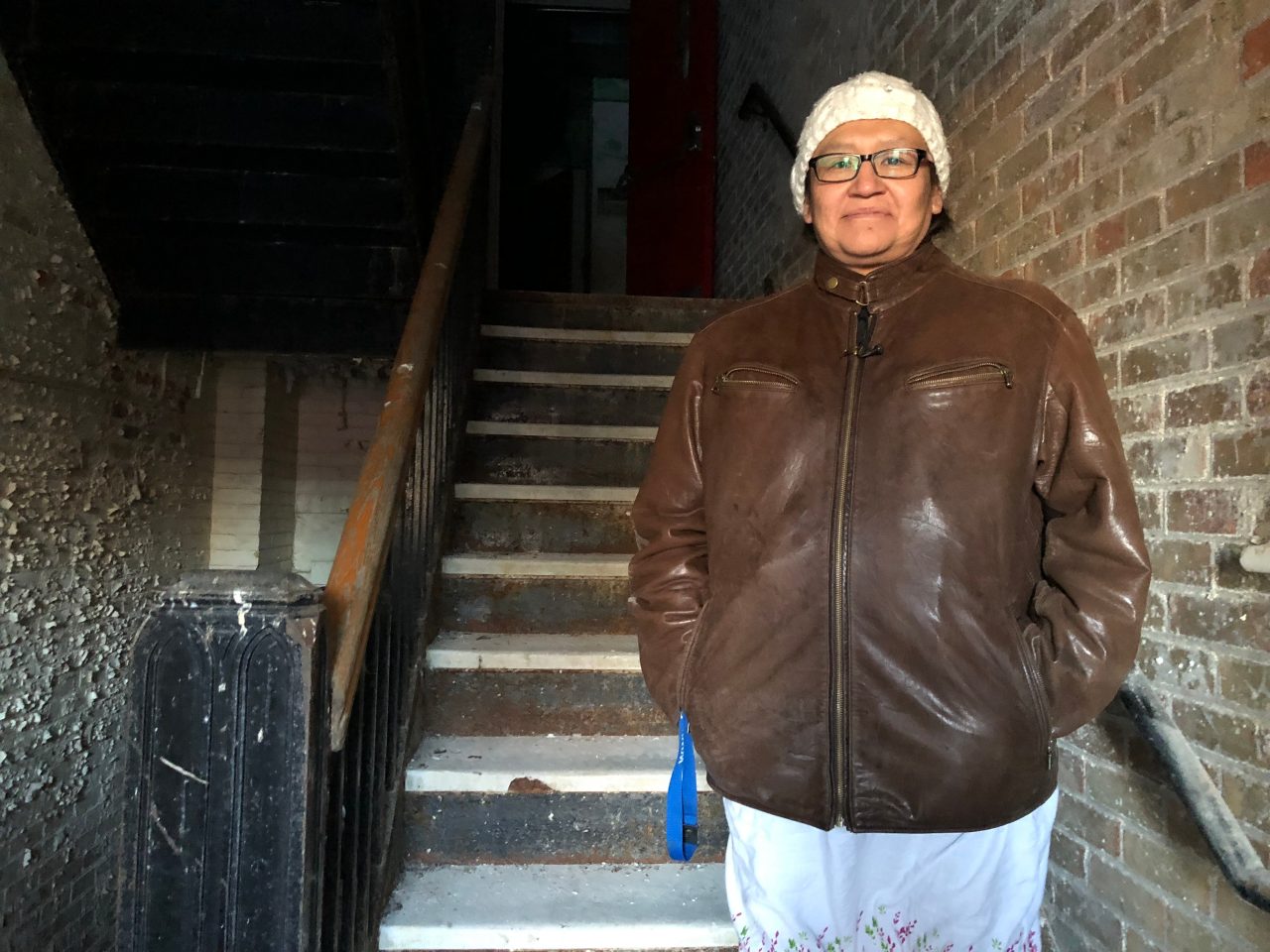 Slippery was a student here for nine years in the 1970s, beginning in Grade 1. She walks us through the school, pointing out different rooms, explaining how things have changed. We do an interview in the room she slept in when she first arrived.

“Oh, this was all open,” she says when she walks into a large room with peeling blue paint. Now, smaller rooms painted purple are built into one wall. “It was all beds – junior girls’.”

When we leave the room we stop and talk in the dark hallway. Slippery says she didn’t believe the sexual abuse happened to her, even after having her first memory, though she knew it happened to others. She now knows she was in denial.

The memories kept coming. One night, they wouldn’t stop replaying in her head and she couldn’t sleep. She texted her boss in the middle of night, saying she couldn’t come into work.

She needed to heal.

“I think that's important to talk about it because in the words of trauma there's healing,” she says. “That's how I started healing. I started healing by opening up, hearing other peoples' stories and connecting.”

She went to sharing circles and saw more than a dozen mental health professionals. She says she was lucky to have her aunt, a therapist, who was a main source of support and who helped Slippery to talk about it and to heal.

She wants other people to do the same.

The Muscowequan Indian Residential School opened its doors in 1889 with support from the federal government, according to the National Centre for Truth and Reconciliation. Its management changed hands to the federal government from the Roman Catholic Church in 1969 and to the Muskowekwan Education Centre in 1982. The current three-story building opened in 1931 after the previous structure burned down. The school ceased operation in 1997 and is the last standing residential school in Saskatchewan. It remains on the Muskowekwan First Nation.

Cynthia Desjarlais, a student at the school and now a band councillor, says when the federal government was offering money to demolish residential schools, this one remained. A group of community members, mainly elders, made the decision in a vote.

“Out of 335 there were four who said tear it down and all the rest who said leave it standing,” she says. “It’s proof to future generations and peoples of Canada that these schools actually existed.”

When Slippery was a student the church was no longer running the school and so most of the nuns and priests no longer worked there.

“We actually had some of our own people. It was a system, so they were conditioned to impose some of the things that the nuns and the priests did in this residential school. That’s the tragedy of it.”

She remembers wearing heavy garb and being extremely hot while walking a pilgrimage each year and going to church services five days of the week. She remembers meeting her husband at the school, feeling fortunate her brother and sister attended. She remembers the year she got to go back to her home on the Nut Lake Band, now Yellow Quill First Nation, when her father died.

Slippery says not all supervisors were bad, but the nice ones typically wouldn’t stay very long. Looking back as an adult on what was going on, she says, how could they?

One survivor’s documented story is about a student giving birth to a child in the 1940s and the baby being incinerated alive in the furnace room.

Slippery tells us about a boy hanging himself in a shower while we stand in a large room with blue walls just outside of the same shower room.

“I remember the night he died."

She says she was playing tag with his twin sisters when an older student gave them the news.

“I called her a liar. ‘You’re lying that’s not true! How could you lie to them like that? If that was true the supervisors would come and tell them,’” she recalls saying.

The older student brought them to a window and they saw a body on a stretcher, completely covered in a sheet, being brought into an ambulance. 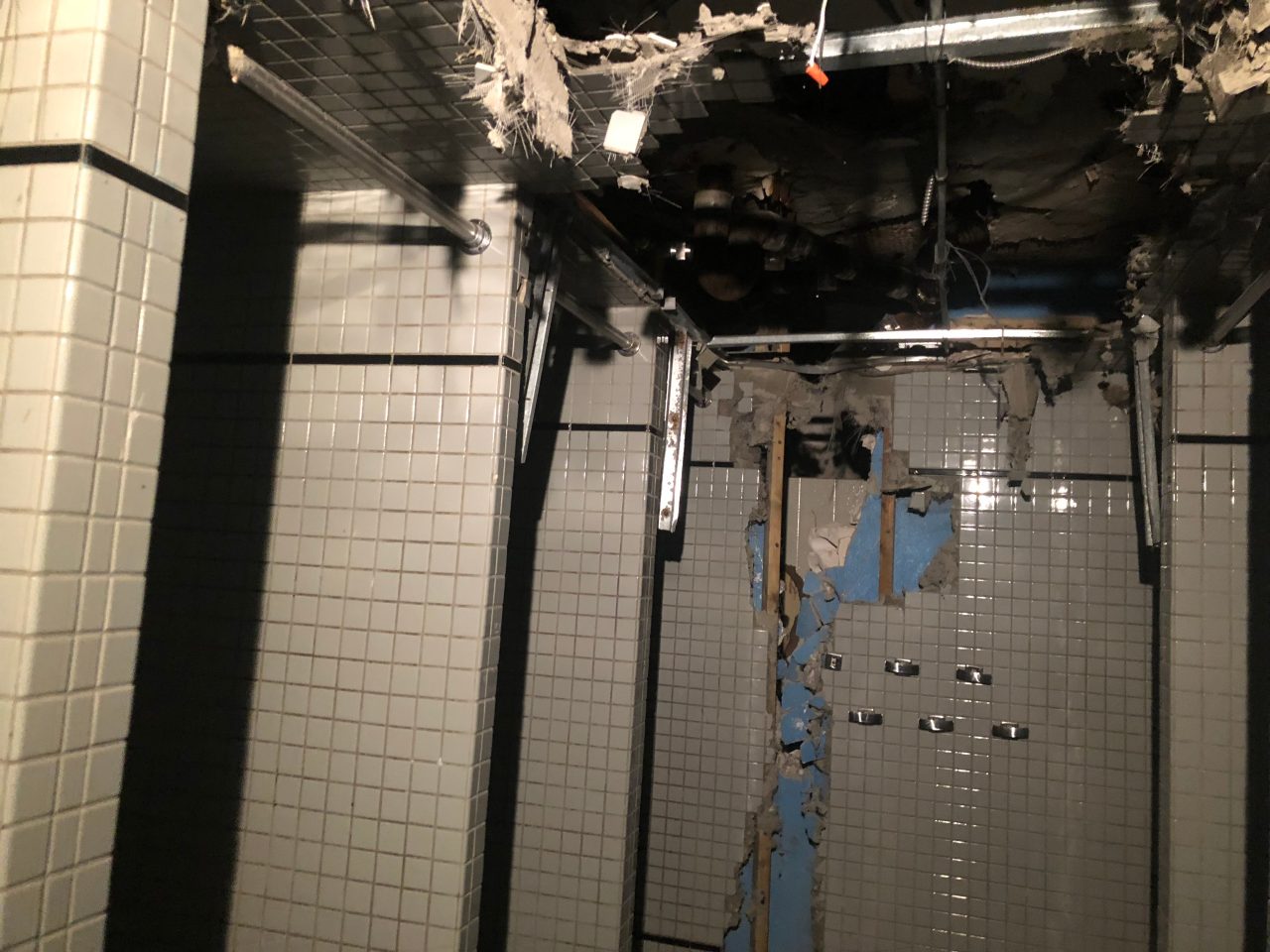 Preserving the past to educate the future

Desjarlais says Muskowekwan First Nation would like to preserve the school and turn it into a museum, archive or healing centre. The main goal is to preserve the stories of what happened inside the building and to teach future generations about residential schools and the intergenerational effect on families.

“It’s here and we can’t forget about it and it has to be taught to show everyone where we’ve come from and what we’ve persevered through,” Desjarlais says in front of the steps of the school’s main door.

She met us at the school between helping host an event in the community put on by the National Centre for Truth and Reconciliation and attending a funeral of an elder who was also a survivor of the school.

She tells us The National Trust for Canada, a charity dedicated to saving and renewing historic places, put the school on its top 10 endangered places list.

Architecture students at Carleton University will begin coming up with design concepts to preserve the school in January, according to an instructor of architecture at the school.

“The students will develop design concepts to respond in a thoughtful, respectful and sensitive manner to the vision and objective of the community,” Lyette Forin says. “Preserving the school as place of memory and a place of healing.”

When the designs are completed in April the students will travel to the school to digitally record it. The designs can serve as a base for an architectural firm and the recordings could be used for an online virtual tour of the school.

Desjarlais said it’s too early to tell exactly how much a restoration project would cost, but it’s likely to be more than $1 million and no funding has been secured. Carleton University is not involved in finding funding. 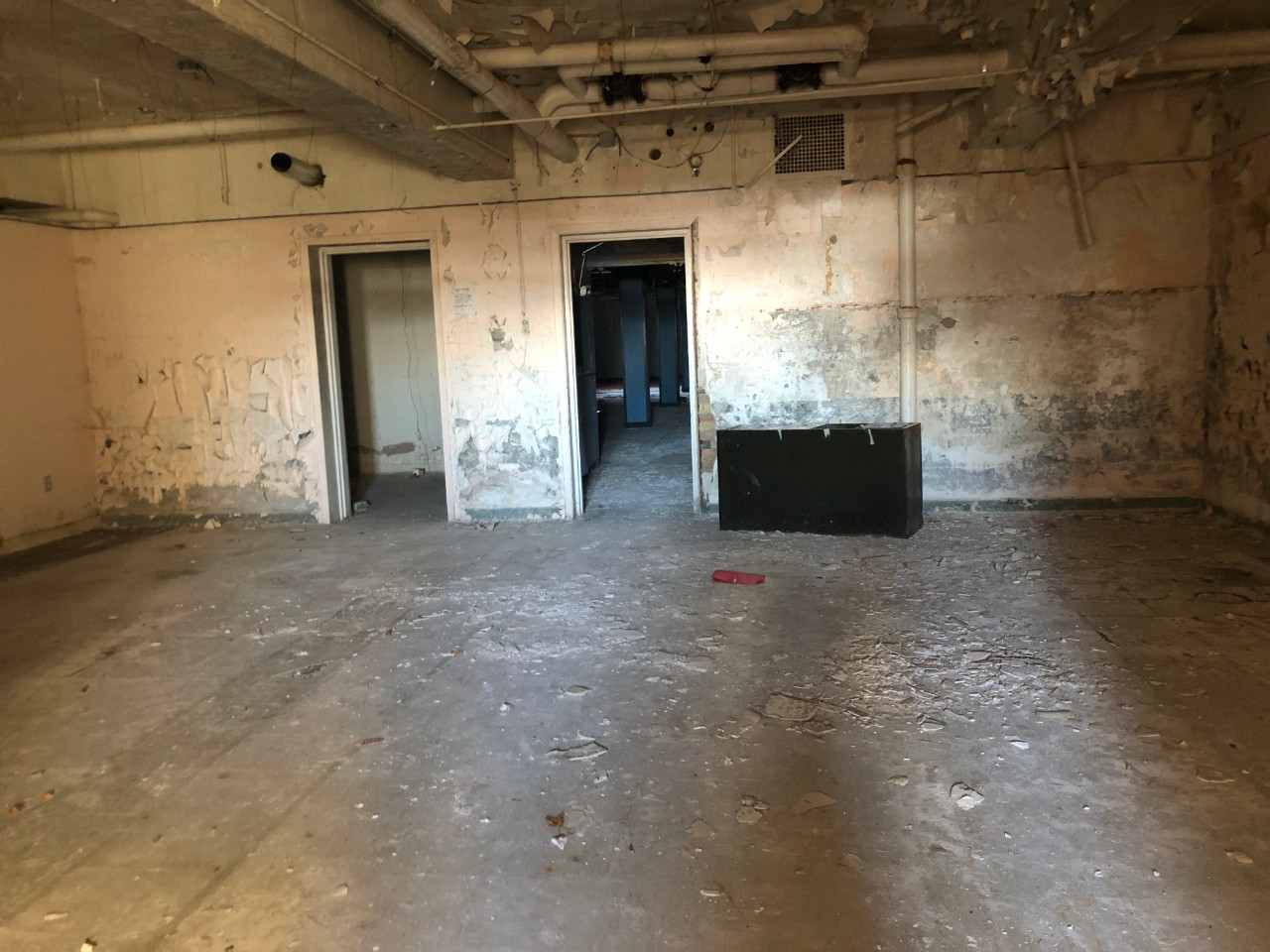 About 3,200 children died while in care of a residential school in Canada, according to a report by the Truth and Reconciliation Commission called Canada’s Residential Schools: Missing Children and Unmarked Burials.

It’s believed there are many more.

In almost half the 3,200 cases, the cause of death wasn’t recorded, but the leading cause of death documented is tuberculosis. In 32 per cent, the government and schools didn’t record the name of the child who died.

The report says 566 children died in Saskatchewan between 1867 and 2000 but notes this number comes from using contemporary political boundaries and it’s not possible to compare overall provincial death rates because there are no reliable, annual province-by-province enrolment figures.

Slippery traveled from Prince Albert and Fortin from Ottawa to join Deslarlais and other residential school survivors and their families at the event put on by the National Centre for Truth and Reconciliation.

The centre is a place for all statements, documents and other material gathered by the Truth and Reconciliation Commission to be stored and accessed.

The centre is creating a student death register to document the names of the children who died, where they are buried and any other information known about the child. It is working with communities, survivors and survivors’ families to get input about what the register should look like and how accessible it should be to the public.

“Creating this register is a very important symbol and sign that we have committed great wrongs – mass human rights violations as a country and that we need to remember, we need to honour these children and forever keep them in our hearts,” director Ry Moran says.

The register is expected to launch in March. 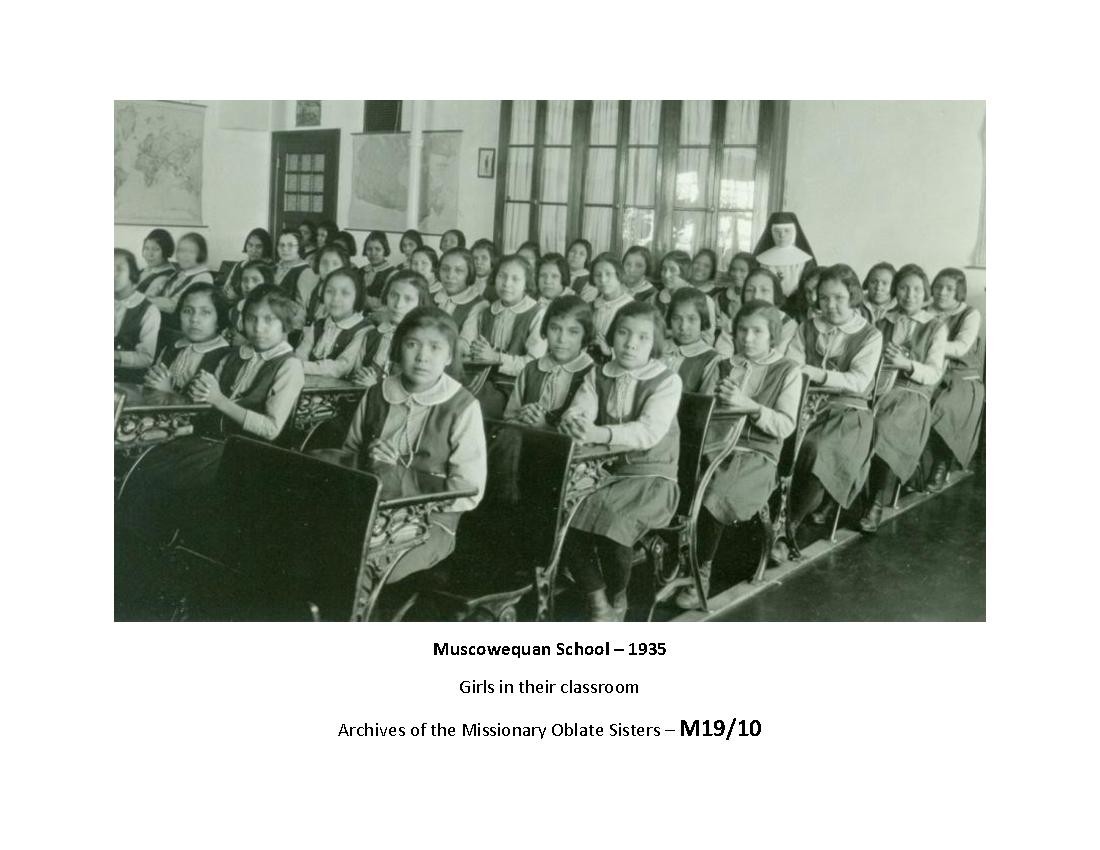 While a group from the centre, including an elder who shares his story, travels Canada to gain input, Muskowekwan First Nation is awaiting results from sonar exploration done in June searching for unmarked graves of children at the Muscowequan school site.

According to an Indian Affairs document included in research about the school compiled by the University of Regina, construction workers accidentally disturbed rows of unmarked graves near the school in 1992. The university’s research references an elder who attended the school in the 1940s, who recalled a priest removing all traces of the cemetery.

Moran says there are hundreds of unmarked burial grounds across Canada that have yet to be identified. He says often families were not informed when a child would die, records around the burial grounds are scant and that often residential schools were built with a cemetery as standard operating practice.

“So that gives us a very clear window into the reality that these were not normal schools, these were schools with cemeteries,” Moran says. “So, there was the presumption that kids were going to be dying in these places, which is a very harsh statement on what was really going on.” 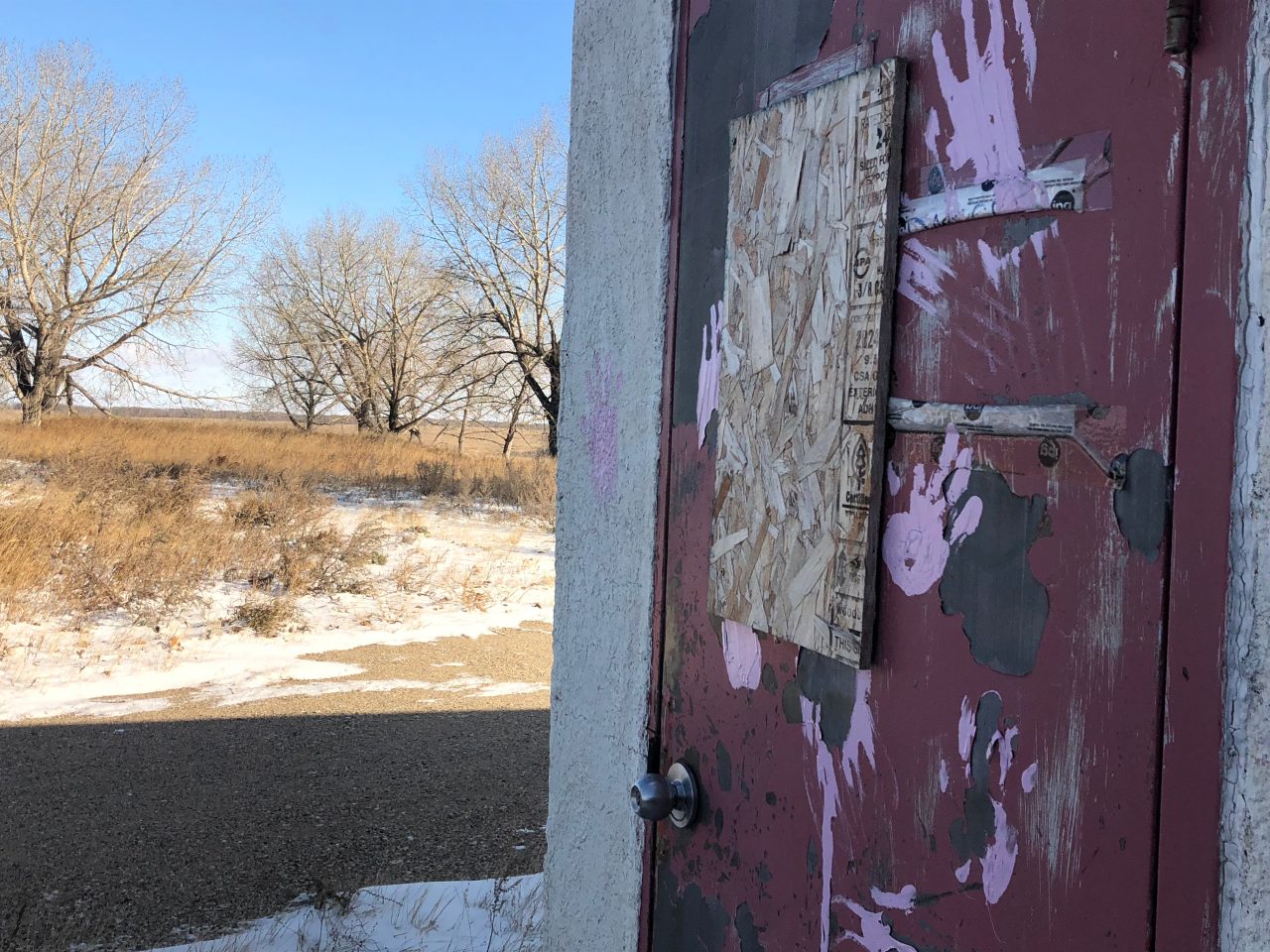 A wellness centre to heal

The Muskowekwan First Nation is also working on building a live-in wellness centre for families affected by residential schools. Desjlarlais says entire families can spend months at a time at the centre with the goal of long-term healing.

“We feel it’s very important to recognize and to deal with what has come out of residential schools,” she says. “Our people are experiencing high rates of physical and mental health challenges.”

She says the community is in talks with architects to come up with a design for the building and is hoping to receive federal funding.

When asked how residential school has affected Slippery’s family, she first says she felt she had a lack of parenting skills.

But it’s a difficult question to answer, she says. She pauses and says it affected her very being - who she is and what she does.

She wants the school to be preserved. She says she believes it’s possible to change the trauma that happened inside the building.

“I think we could change it into healing and we could heal as a nation.” 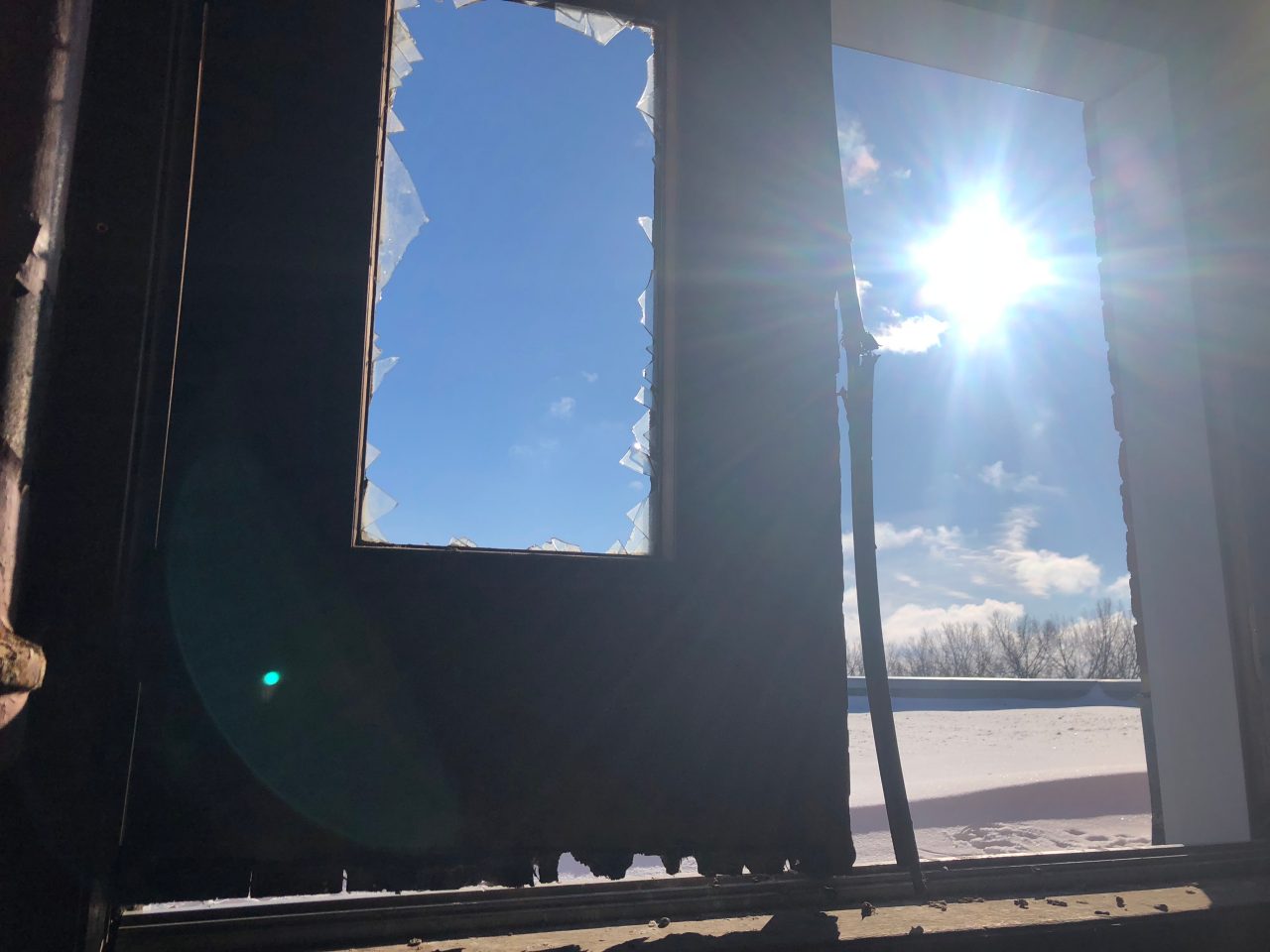