D-Day at 75: Veterans share stories of fighting Nazis as they sail to Normandy 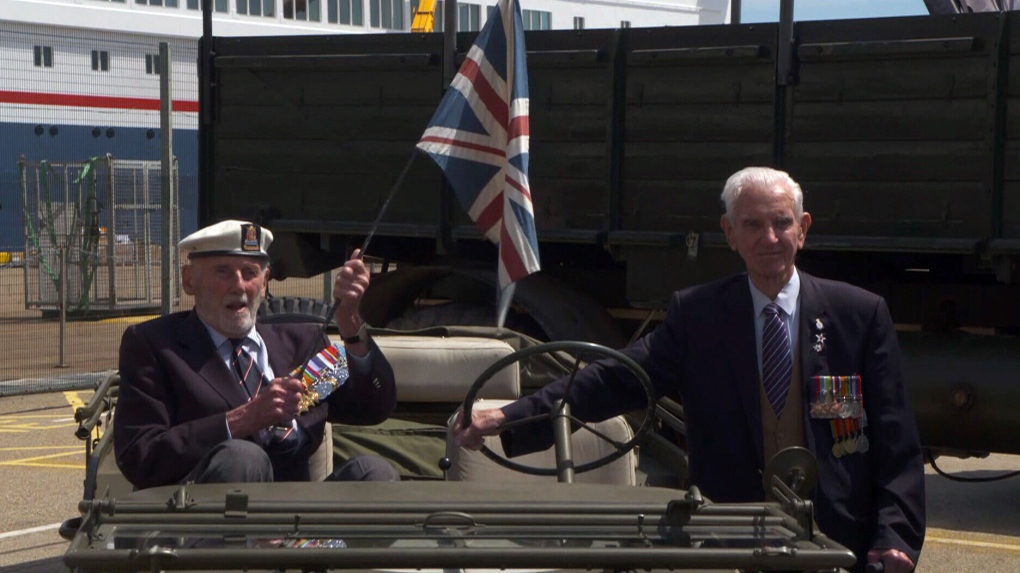 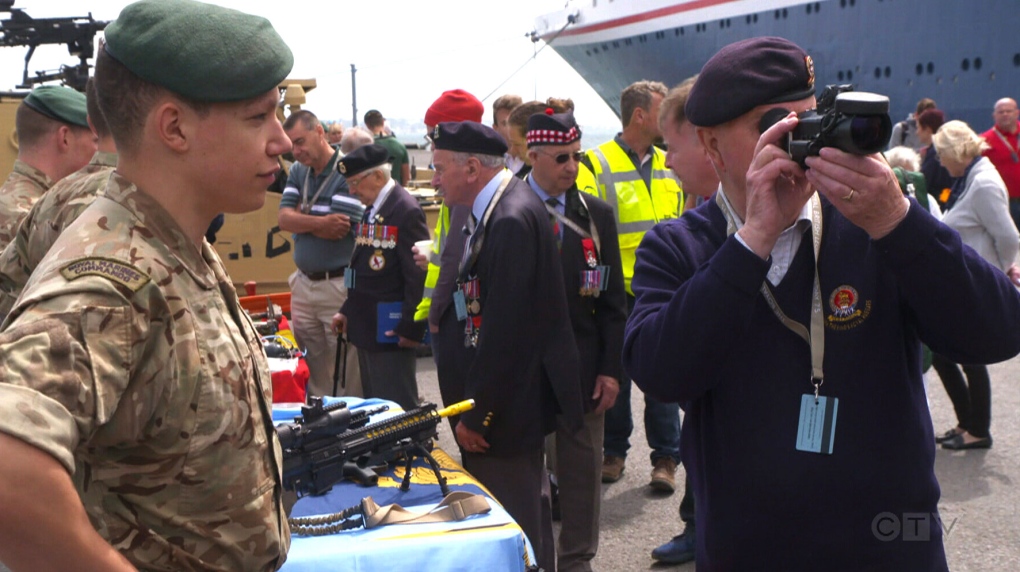 More than 300 veterans are sailing back to the beaches of Normandy to mark the 75th Anniversary of D-Day.

The pivotal battle began on June 6, 1944, on the shores of northwestern France, where about 14,000 Canadian soldiers joined British and American troops to smash through Nazi forces.

CTV’s Todd Battis is travelling with the veterans aboard the cruise ship MV Boudicca to share their stories.

The trip, which is being organized by the British Royal Legoin, will take the group to D-Day events in England and France -- including the commemorative ceremony in Portsmouth, U.K., where the Queen will be joined by U.S. President Donald Trump. On Thursday, MV Boudicca will dock at Normandy for a memorial service at Bayeux Cathedral.

Many of the veterans aboard the ship are now in their 90s, some over the age of 100. Legion spokesperson Nicole Cook acknowledged this could be the last chance some have to return to Normandy.

"It's about recognizing people's sacrifice, recognizing the commitment and losses that all of the forces internationally suffered,” she said.

Watch special live coverage commemorating the 75th anniversary of D-Day on CTVNews.ca beginning Wednesday at 9:30 a.m. ET and on Thursday at 5 a.m. ET.

Stan Smurthwaite, who lives in Elmira, Ont., served in the British Royal Navy as a signalman during D-Day.

Just before the invasion, he was in the English town of Worthing with his mother, and remembers encountering a group of Canadians.

“There was a unit of Canadian soldiers and they came over to my mother and said, ‘Could we use your stove, your range, to cook our last meal before we go across. We really want to celebrate.’ And my mother said, ‘Oh sure, you can do that.’ … They did their meal and they brought back to my mother a great big block of butter, which was gold in those days.”

Smurthwaite landed at Juno Beach on the second day of the Allied invasion. He helped unload ammunition for the ground forces.

“On the beach itself there was a lot of excitement going on. The battleships are firing away behind us, the shells are going over the top. The gliders were landing too, you know -- the parachuters. And the gliders are coming in and we have the ringside seat for all that was going on.”

Rear Adm. John Roberts was a 20-year-old junior officer aboard a British Royal Navy destroyer vessel on D-Day. His role was to escort minesweepers across the English Channel to clear the way for Allied transport ships.

“I was a young officer in a destroyer and we escorted the minesweepers across, first of all. They had to go across during the night -- the Germans laid 50,000 mines all along the European coast. Minesweepers don’t have guns to defend themselves, so we were following with them to defend them in case the German destroyers came around.”

During the mission, Nazi forces targeted a nearby Allied destroyer.

“Three battleships opened fire, and their guns go 20 miles or so, and then suddenly there was an explosion and an [Allied] destroyer had been torpedoed a mile from us -- and that made us wake up and get pretty worried. It was sad, the destroyer was manned by Norwegian sailors, and I thought it a bit hard that Norwegian sailors die on the coast of France.”

In the days leading up to D-Day, the U.K. native first met Canadians on his home soil and remembered everyone "got along pretty well," even calling Canada’s infantrymen "bloody good lads." As they crossed the English Channel, he felt terrified saying, "my heart was in my mouth."

Cullen was a private in the military supply units riding on vehicles carrying clothing and medical supplies. He remembers battling his fears while landing on the beaches of Normandy. "I was scared -- being a short person with a life preserver on me -- ‘cause I’m a poor swimmer … but [because of] what I saw in front of me, I would’ve swam back on to go back to England."

His group marched about a mile up from the beach and a Canadian in charge told him to "dig in." As bullets were raining down on them, they set up in a warehouse dubbed the "forward maintenance centre." The windows shattered from the vibration of the gunfire from passing military planes. For 10 hours, Cullen remembers giving Canadian infantrymen 60-pound "composition packs" which either contained supplies or medical bundles.

"When you’re young you can do this standing on your head," the now 97-year-old joked. But looking back at his time in France, Cullen felt emotional.

He thinks it’s great that organizers were able to pull off the cruise and when he first heard about the trip, he remembers "jumping" at the chance to return to Normandy.

Soldiers of yesterday and today in Poole

On June 4, the MV Boudicca docked in Poole, England, on its anniversary cruise toward the beaches of Normandy.

When they stepped off ships during the Second World War, these veterans may have been confronted by the enemy. Instead, on Tuesday they were greeted by enthusiastic school kids. One group sang the popular children’s song “Baby Shark” with one vet, who bobbed along as they performed the accompanying dance routine. Another group asked questions of a veteran, pointing out medals affixed to his lapel, including an Omaha Beach medal.

The soldiers of yesterday also mingled with the soldiers of today in the coastal town, where the veterans were shown a slew of modern military equipment quite different from the arsenal  they used 75 years ago. But for some of the men, little else has changed.

“The only real difference is the weaponry,” said Thomas Rogers, a former Air Force Gunner. “They’re young people, like we were young. They’re good at their job like I think we were.”

This admiration was on display more than the 21st century artillery as young and old socialized on the Poole docks. Even soldiers who might not have known each other previously understand that sense of comradery

“We count ourselves as a particularly close family within the marines,” said former marine Nick Gray. “It’s just part of our heritage.”