One-on-one with a Mexican cartel boss

Are Canadian tourists in the Mayan Riviera at risk of getting caught in cartel cross fire? Investigative reporter Avery Haines gets rare access to a Mexican drug boss, for a far-reaching and disturbing interview that airs as part of her W5 documentary, "The Narco Riviera" (watch below).

"Manuel" agreed to meet with W5 to talk about the cartel turf war that has led to a record number of murders in a Canadian tourist mecca. Warning: details may be disturbing.

PLAYA DEL CARMEN, MEXICO -- I’ve never before wondered whether asking the wrong question in an interview could get me, and my crew, killed.

It was an irrational fear, but we’d entered an alternate reality. Sitting across from me, in a narco safehouse in Playa Del Carmen: the head of the Mayan Riviera drug trade for the Sinaloa cartel, responsible for both feeding the high tourist demand, and for transporting some 300 kilograms of cocaine a month up to the U.S. border.

We secured the rare interview as part of our investigation into the unprecedented wave of violence that has washed over the much-loved Canadian hotspots of Playa Del Carmen and Cancun. 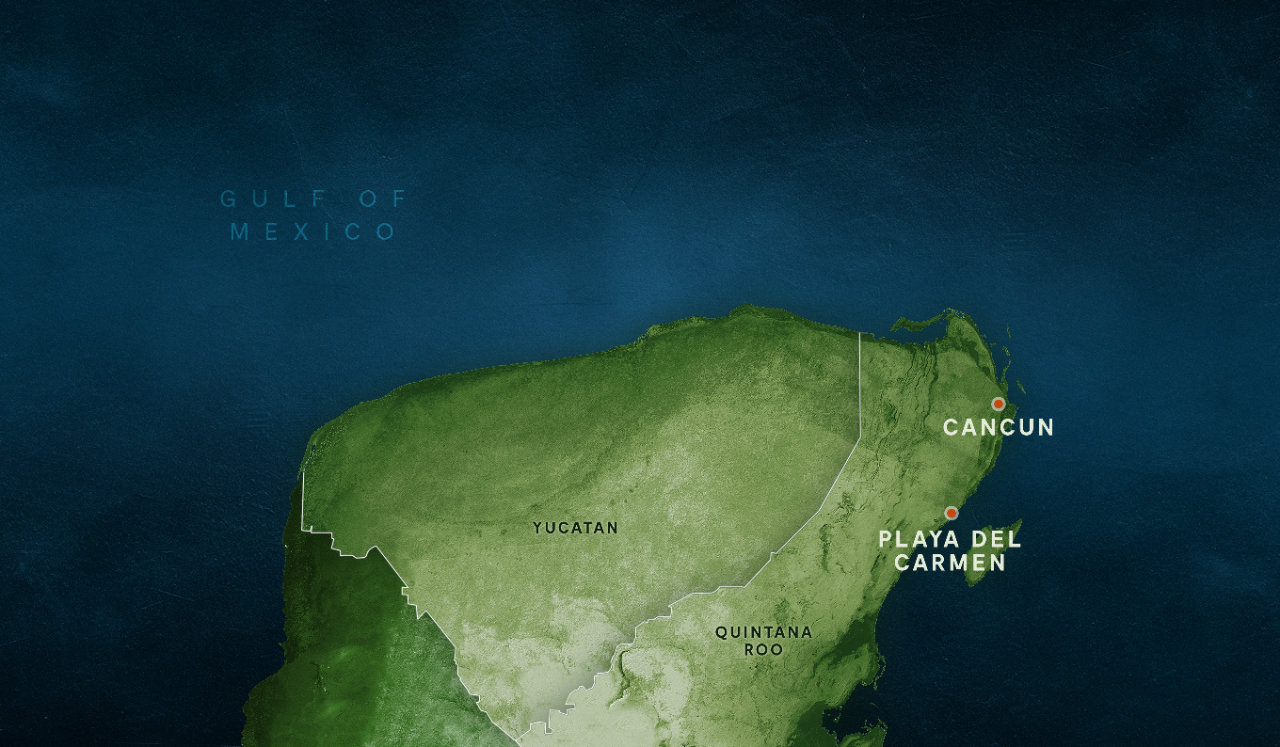 Even getting to the safehouse was an ordeal. Producer Stephen Grant, cameraman Jerry Vienneau and I were told to park at a coffee shop and wait. After some time, a car pulled up beside us and the man who brokered the interview gestured to follow him.

Led up and down streets and through neighbourhoods in Playa Del Carmen, we finally stopped at a nondescript low-rise apartment building. We were told to set up our equipment in one of the unoccupied units on the top floor and then go into the bedroom and shut the door.

None of us knew quite what to expect. We were eventually summoned by a knock on the bedroom door. The first thing I noticed were the weapons and the masks. The group was heavily armed, and wearing balaclavas.

We weren’t allowed to see their faces or know their real names so we call the narco boss "Manuel."

Manuel was protected by two bodyguards who stood behind me throughout the interview. The one with an assault rifle slung across his chest had a penchant for repeatedly clicking the safety catch on his weapon, an unnerving sound in an already tense situation. 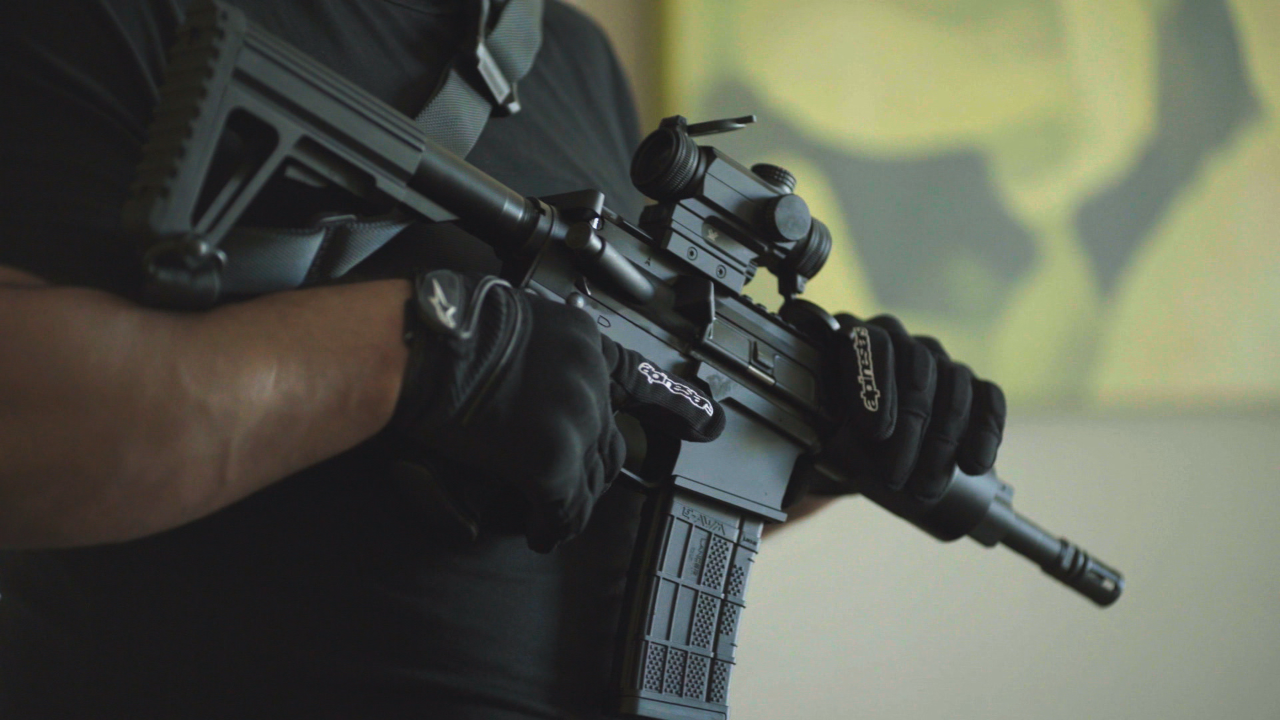 Assault rifle being held by one of 'Manuel's' bodyguards (W5)

Manuel agreed to meet us to talk about the cartel turf war that has led to a record number of murders in a Canadian tourist mecca.

Wearing a knitted balaclava covering all but his eyes, Manuel was fidgety and played with his handgun as he sat in the chair in front of me. 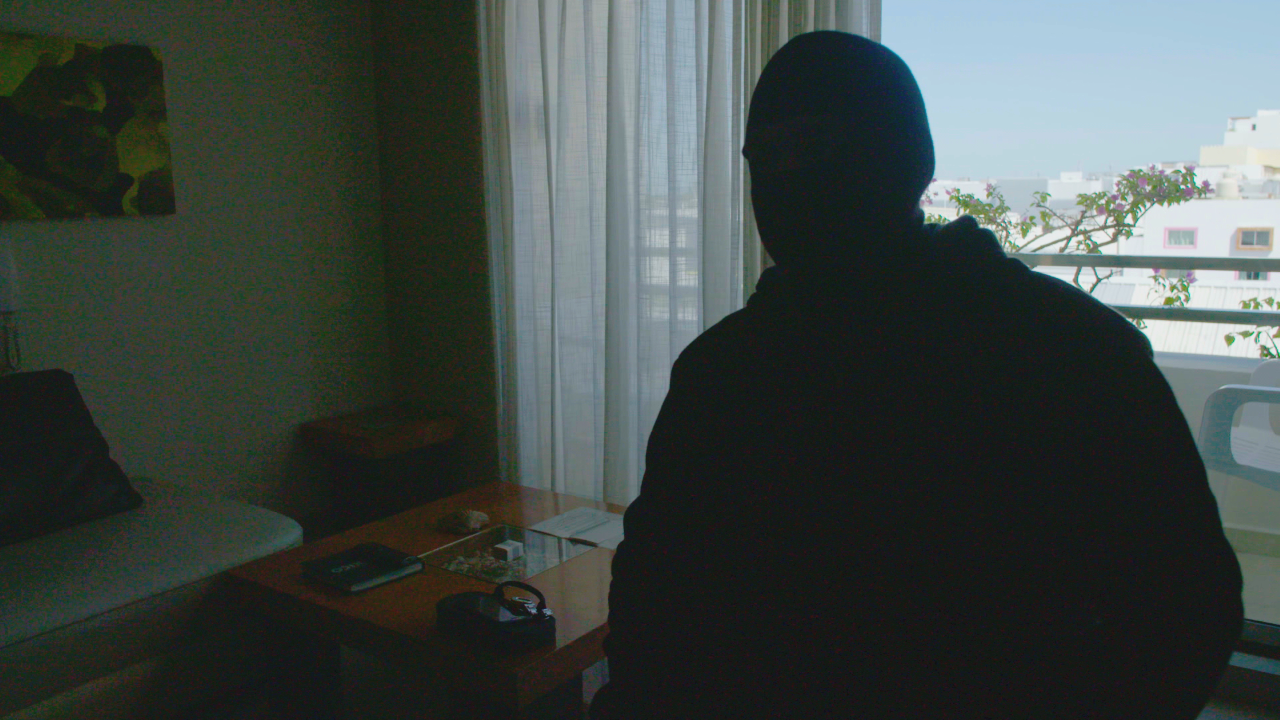 'Manuel' spoke with ease about executions and the lack of care if tourists get caught in the crossfire. (W5) 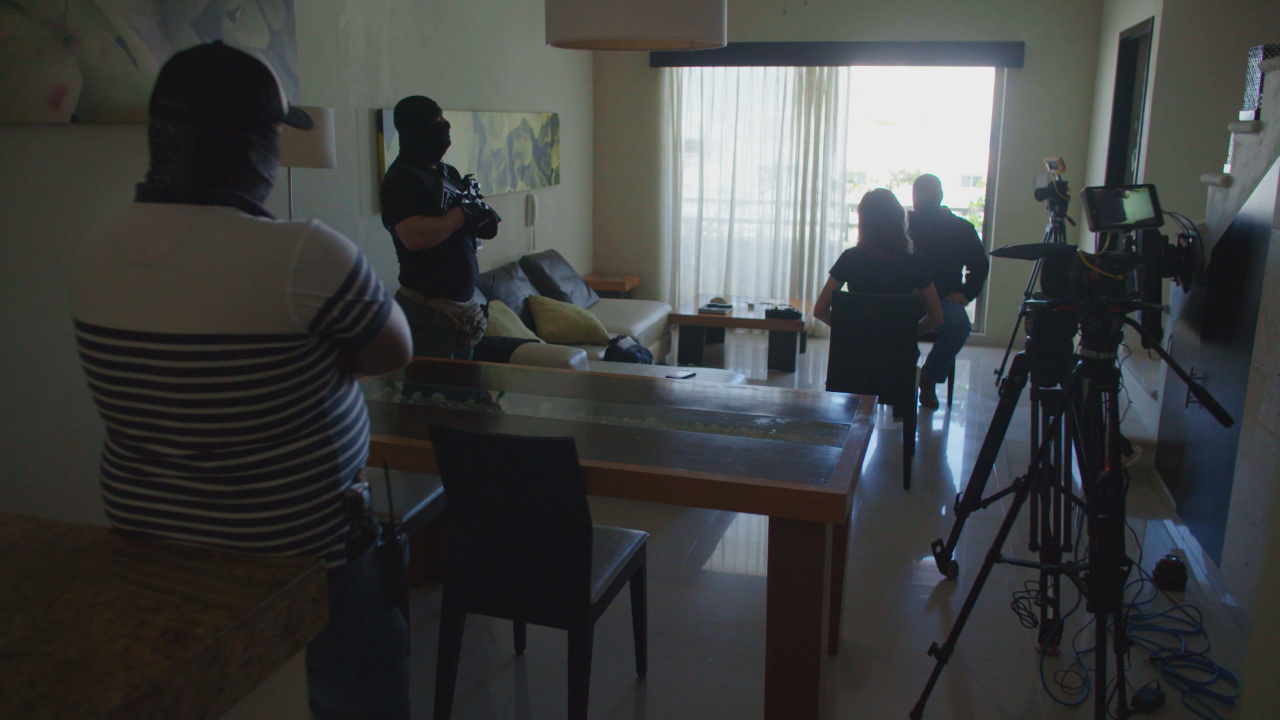 His voice is deep and powerful and his English is near-perfect. One of the first things Manuel does after we meet is reach into his wallet to pull out a tattered photo of a soldier wearing an American uniform.

Strategically placing his thumb over the face, Manuel says it’s a picture of him, that he lived for some time in the United States and did two tours in Afghanistan. It’s where he says he learned how to kill.

Mexico is in the grips of a cartel crisis and the Mayan Riviera has not been spared. The murder rate is now so high it can be counted by the hour.

Quintana Roo State, with a population of one-and-a-half million people, encompasses tourist hotspots like Playa Del Carmen and Cancun. In 2018, an astounding 840 people were killed. By comparison, in Toronto, Ont., with a population almost twice as large, there were just 51 gun deaths that year.

The number of murders in this small state has skyrocketed by 335 per cent in the past two years. Someone is killed once every 10 hours.

One of the Canadian victims of cartel violence was a much loved Canadian bouncer, Kirk Wilson, from Hamilton, Ont. He was working security at a Canadian run music festival at the Blue Parrot Club in Playa Del Carmen in 2017.

On the final night of the BPM festival, armed men stormed the event and opened fire with automatic weapons. Five people died and 15 others were injured. Los Zeta’s cartel claimed responsibility. There are a number of theories about what happened that night. The organizers didn’t pay protection money. Or they paid the wrong cartel.

Manuel has his own take on the tragedy.

My conversation with a Mexican narco was far-reaching and disturbing. He spoke with ease about dismemberments, executions, the lack of care if tourists get caught in the crossfire. He told me I wouldn’t understand the life he leads because I wasn’t born into it, that I grew up in a different country, a different world.

When the interview ended, Manuel and his two bodyguards hung around the safehouse while we tore down our equipment. Even though they were armed and wearing balaclavas, the conversation was surprisingly normal. The man with the assault rifle asked me to go online to show him the latest electronic cigarettes on the market.

Manuel borrowed a vape pen, blowing big plumes of smoke through the mask covering his face. He talked about his Canadian friends who have no idea just how ‘connected’ he really is.

At one point before we leave, I noticed Manuel and one of his bodyguards laughing and whispering in Spanish. Later, I asked our local producer in Mexico what they were joking about.

There is no way of knowing if this is true, or if the narco trio was just trying to sell a little bit of fear, but it’s horrifying. They were talking about how, on their drive to our interview, they pulled over because there was a strange noise coming from the back of the car. When they popped the trunk they realized they hadn’t fully disposed of a body they had dismembered.

That sound? A head, bouncing around in the trunk.