Ready for takeoff: Canadian astronaut David Saint-Jacques is bound for the ISS

Video part 1: W5's Peter Akman sits down with Canadian astronaut David Saint-Jacques to talk about his life-long fascination with space.

Video Part 2: Saint-Jacques has trained incredibly hard for his journey to the ISS, but the danger of the mission isn't lost on him.

STAR CITY, RUSSIA — Down a seemingly endless tree-lined road in the countryside, about an hour outside of Moscow, are two sets of security gates and a small, dilapidated two-story building.

Russian military guards stand at their posts, impatiently rushing the few vehicles approaching the checkpoints to either move along, or if they have the right credentials, to pass through. 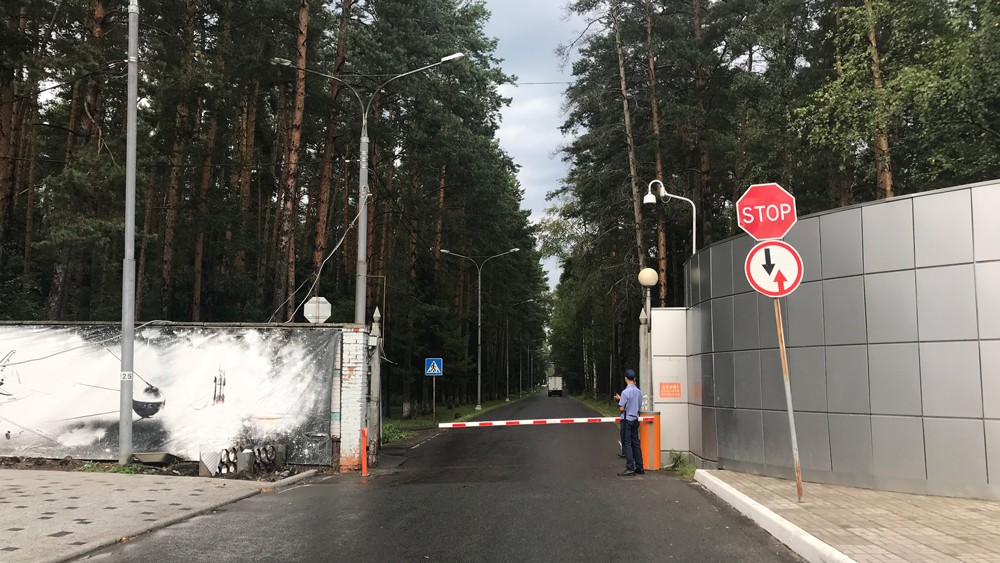 Behind the 10-foot barbed-wire walls that surround the area is one of the most secretive communities on the planet. At its peak, the massive campus had its own post office, high school, grocery store, daycare and even movie theatre. But despite all those amenities, it never appeared on any maps.

It is called Star City—or Звёздный городо́к, Zvyozdny gorodok in Russian—and since the 1960s it has been home to the Soviet and now Russian Space Agency, Roscosmos.

Just a decade ago, it would have been nearly impossible for a member of the foreign media to be allowed inside this walled city, but for several days, cameraman Kirk Neff and I got unprecedented access. 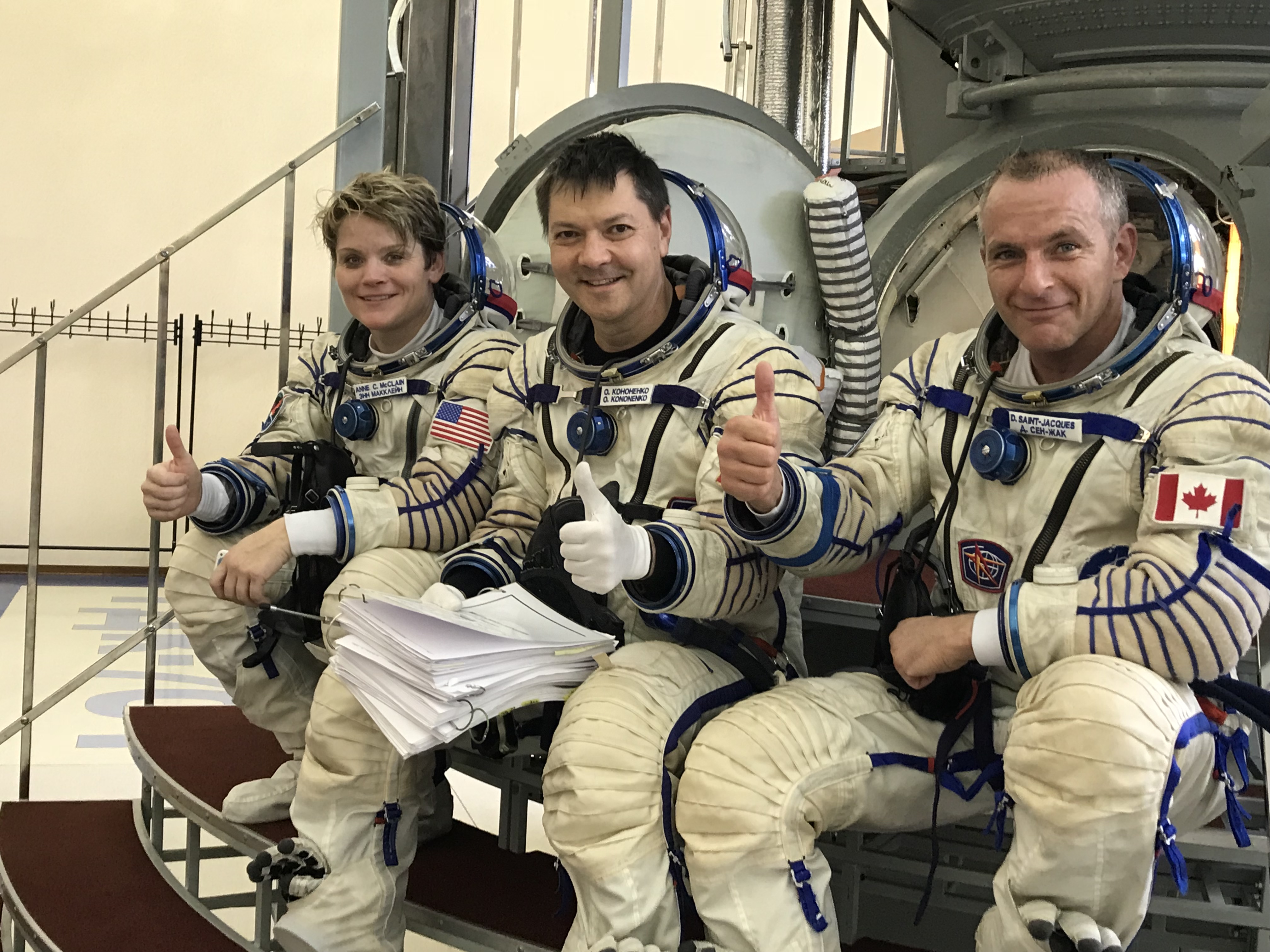 The reason for W5’s invitation—Canadian Astronaut David Saint-Jacques is training at Star City in preparation for his mission to the International Space Station.

The trio is heading to the ISS for a planned stay of more than six months.

The mission is called “Perspective” and Saint-Jacques has been training to blast off for the last nine years.

But the 48-year old says everything he has ever done in his life has led him to this voyage to space.

“I’m blessed in the sense that I have this mission that I can apply all my talents to,” Saint-Jacques told W5. 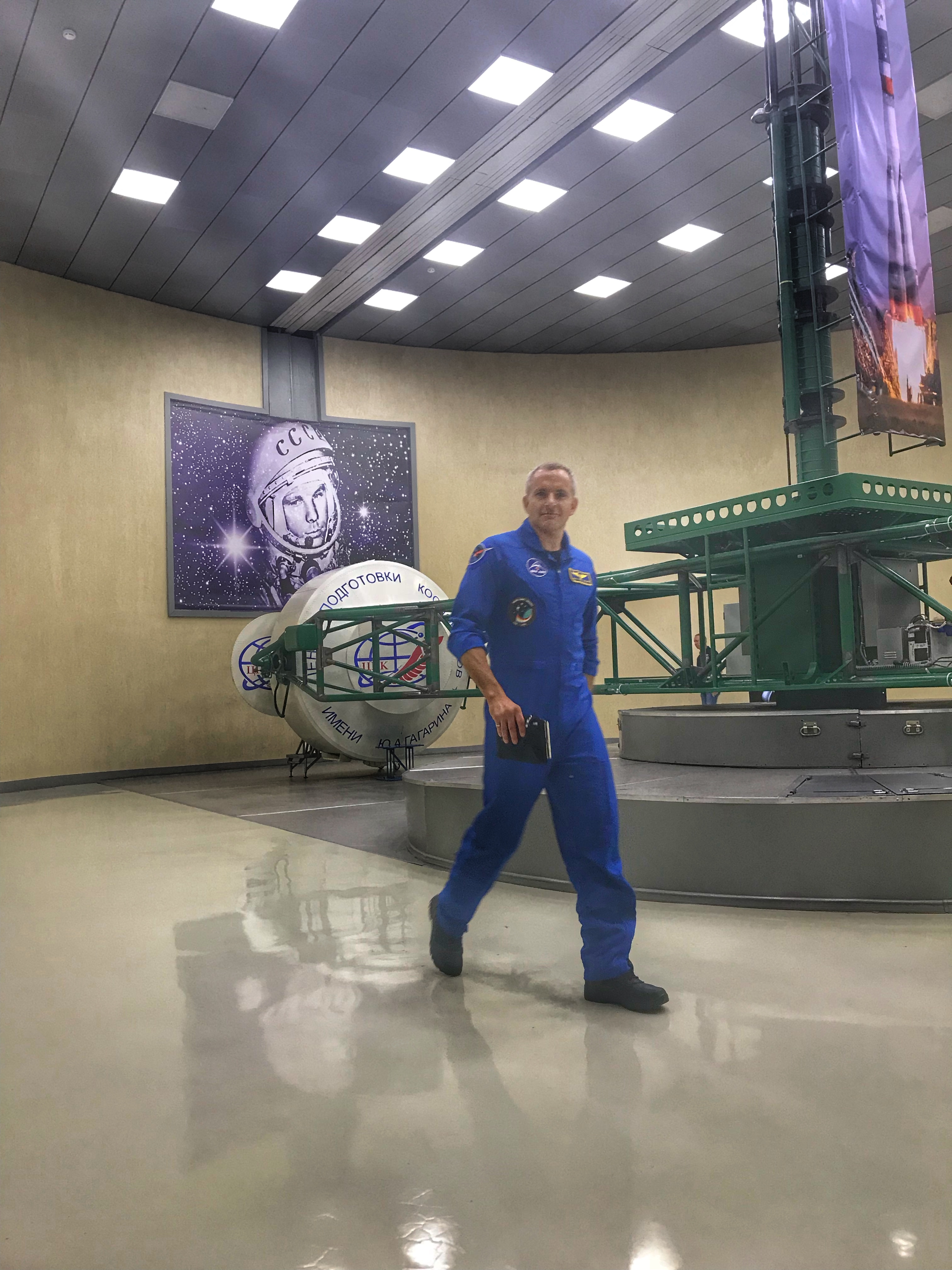 “And also, to understand something about our world, and what it means to live here on this planet, and to be able to share it with as many people as I can.”

Up until this point, the father of three from St. Lambert, Que. has had what can only be described as an incredible life: he has a Bachelor Degree in engineering, a Ph.D. in astrophysics and he has earned his medical degree and worked as a general practitioner.

He also has his commercial pilot’s licence, he is a lifelong mountaineer, avid cyclist, skier and sailor—and on top of it all, he is fluent in French, English, Spanish, Japanese and Russian.

It’s his command of the Russian language that has propelled Saint-Jacques to the top of a very exclusive list.

Not only will he be travelling to the ISS on the Russian Soyuz Rocket, but he will be its co-pilot.

For that, he has spent months in Star City learning everything there is to know about the machine that will be carrying him and his fellow crew members out of Earth’s atmosphere to the ISS, 400-kilometres into space.

While Saint-Jacques has lived predominantly in Houston since being chosen as an astronaut, he says Russia has become his second home.

“This is strange, but it has grown on me like this. I feel like I have had, over the last two years, these two parallel lives going on, you know?” he said.

“Sometimes I catch myself, when I go, I’m at the airport in Houston, always the same gate, it’s like the hourglass in Alice in Wonderland. You know, I’m stepping into my other life, my Russian life, and I become Russian David and I dress differently, and I eat differently, and I’m here speaking a different language, and studying different things.”

In a country that celebrates achievements in space above most other things, Saint-Jacques’ skills and abilities have made him a rock star. Everyone from his crewmates to his instructors have marvelled at the ease in which he picks up complex information and successfully completes his tasks. 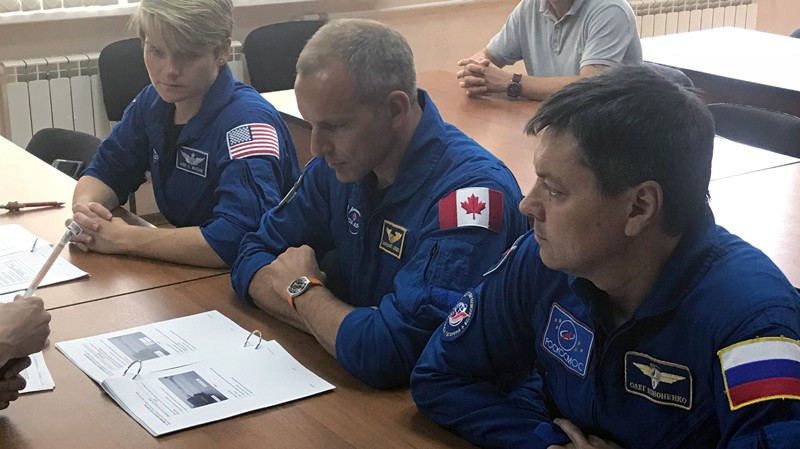 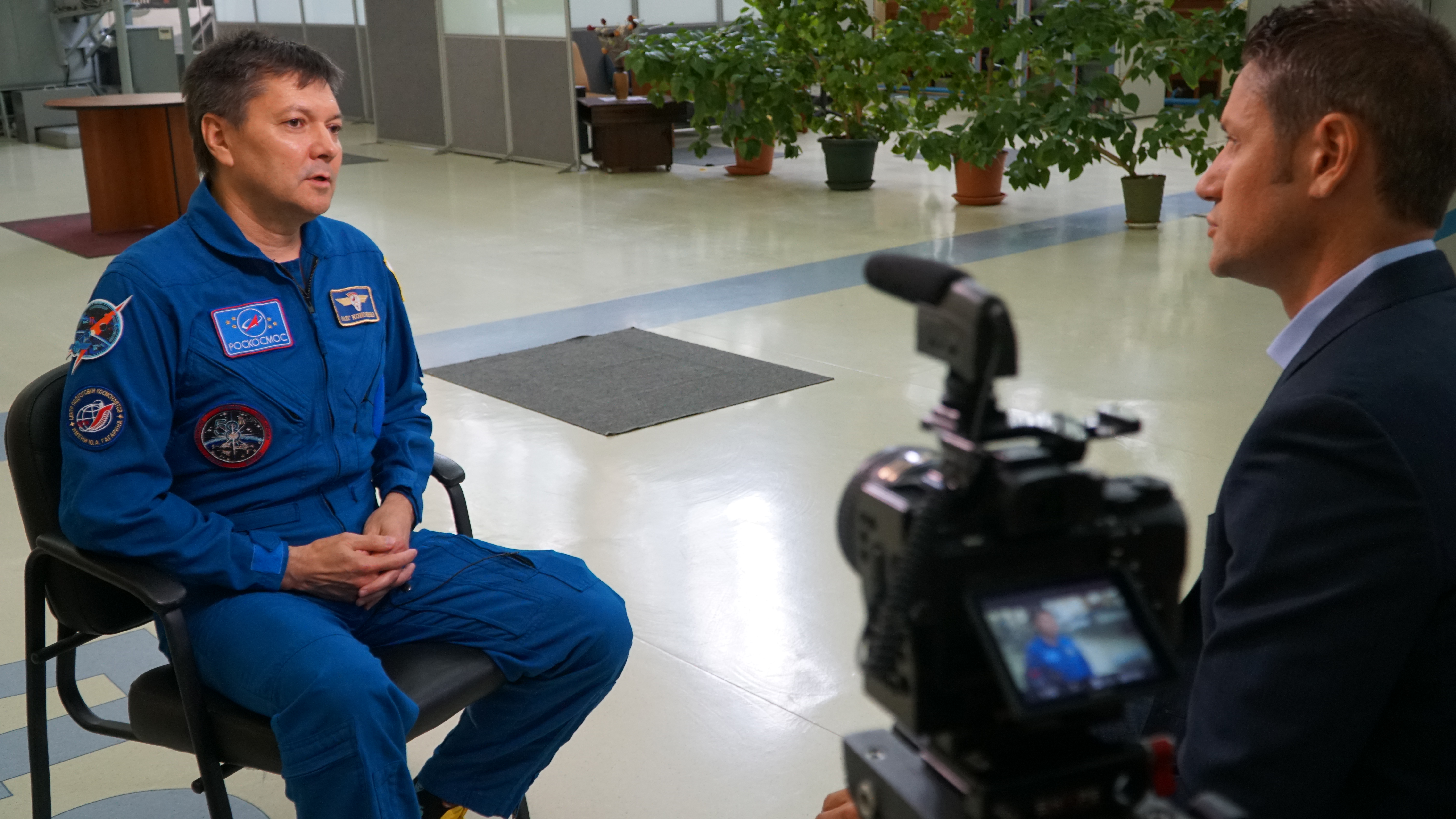 Test after test, simulation after simulation, the trio has excelled. We were there when, during a training scenario, they successfully landed their Soyuz capsule in full ballistic descent in emergency conditions. A cramped, pressure-filled test that they completed perfectly.

Saint-Jacques says he loves these challenges because they ensure he never loses focus. “You know, it is, I guess, a sobering reminder that space is hard and that’s why we have to train hard. That’s why we have to spend all these hours practicing, you know, catastrophic scenarios.” 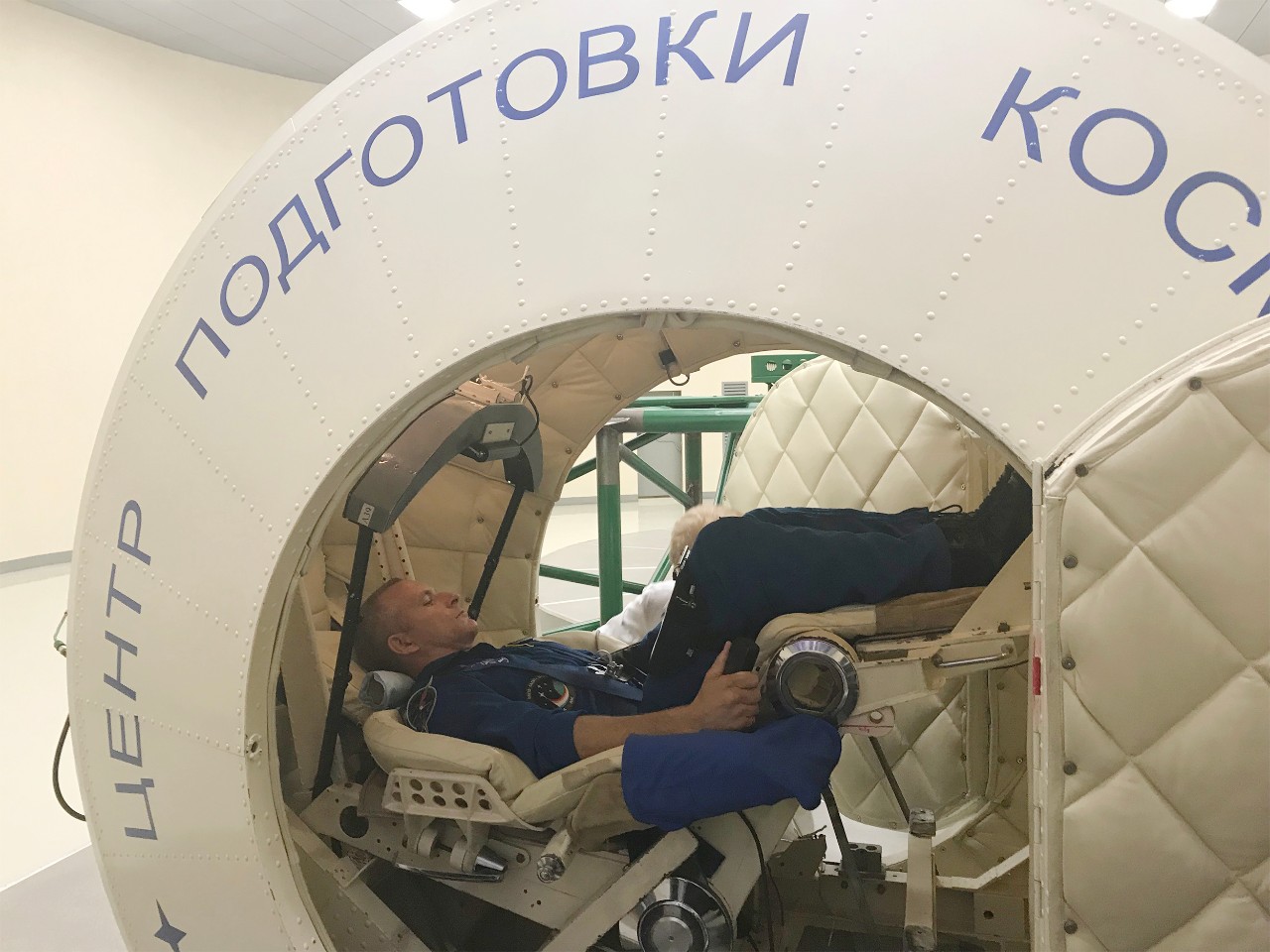 But despite the near decade of training, Saint Jacques is still nervous for the day they will finally leave Star City for the Baikonur Cosmodrome in Kazakhstan for the launch.

David Saint- Jacques and his team are scheduled to take off for the International Space Station on December 3, 2018.