The eSports revolution: Where the games are virtual but the stakes are very real

LOS ANGELES -- The line outside the Blizzard Arena in Los Angeles stretches around the block -- hundreds of people decked out in their favourite team’s colours.

Today’s game, while it’s just part of the regular season, there is still a lot on the line -- a place in the playoffs and, with it, a piece of the $6.6-million prize pool.

As fans are let in, they rush to their seats before the competition starts.  Minutes later, the lights dim, the music gets louder and the players march in.

On the right, dressed in black, are the six players from the Toronto Defiant. On the left, in blue, the Boston Uprising. They all play "Overwatch."

It’s a league made up of 20 teams from as far away as New York, Paris and Shanghai.

They compete head to head, 6-on-6, in a game where the objective is to move a payload object from one place on a map to another, while trying to stay alive and beat the other team.

It may look and sound like a professional athletic league -- but this is an eSports competition. 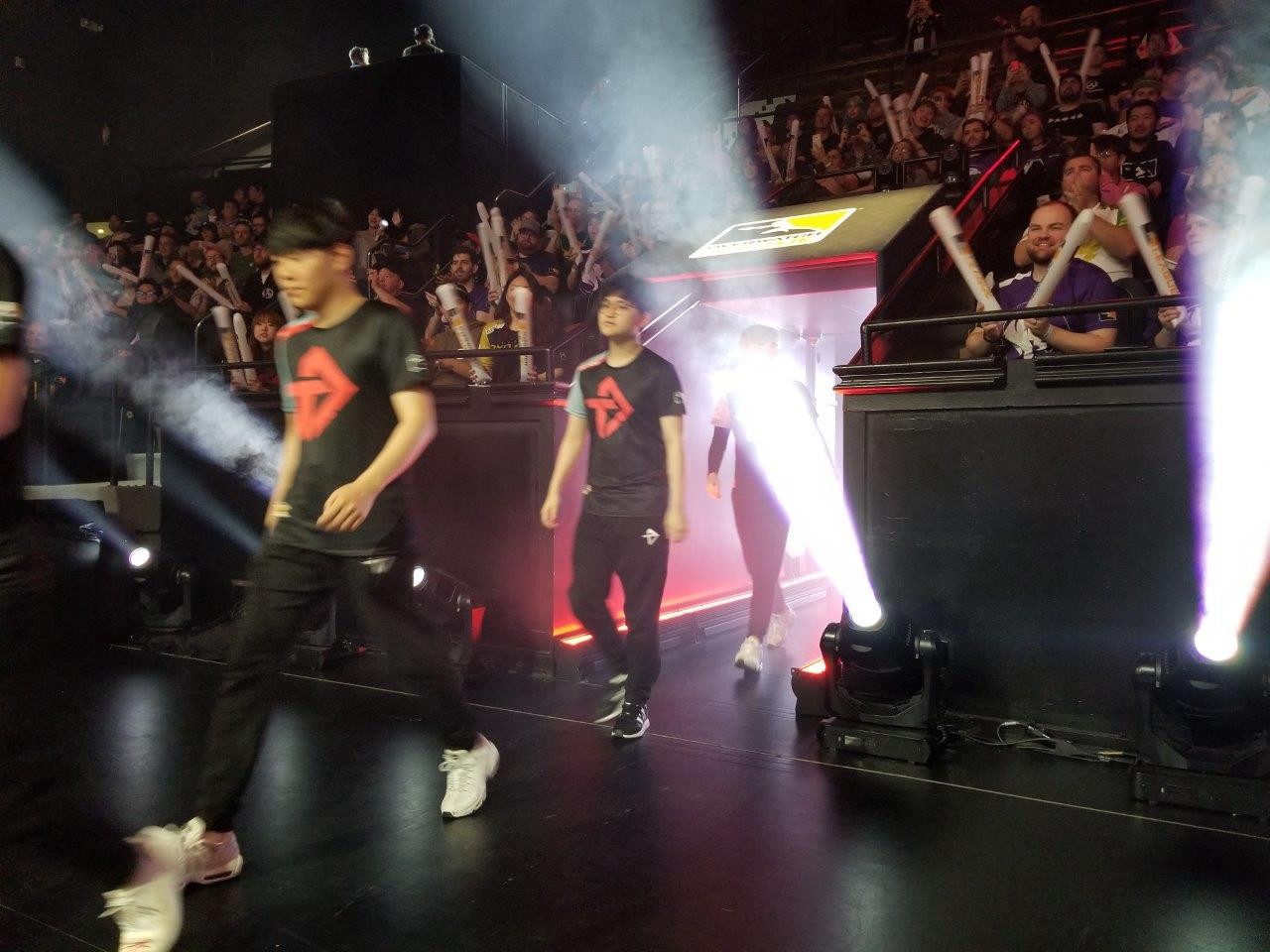 While only 450 watch the games live, tens of millions are streaming it live around the world.  It’s a growing part of a multi-billion dollar eSports competitive universe.

One of the rising stars on the stage is Lucas Meissner from Barrie, Ont. He’s better known to his fans as "NotE."

“I wake up and I'm like, yeah I'm living in L.A., I'm not paying for this apartment, and I get to play videogames as an actual job," says Meissner.

Just two years ago, he was picking up trash at a local music festival and was taking courses at Georgian College in Barrie. 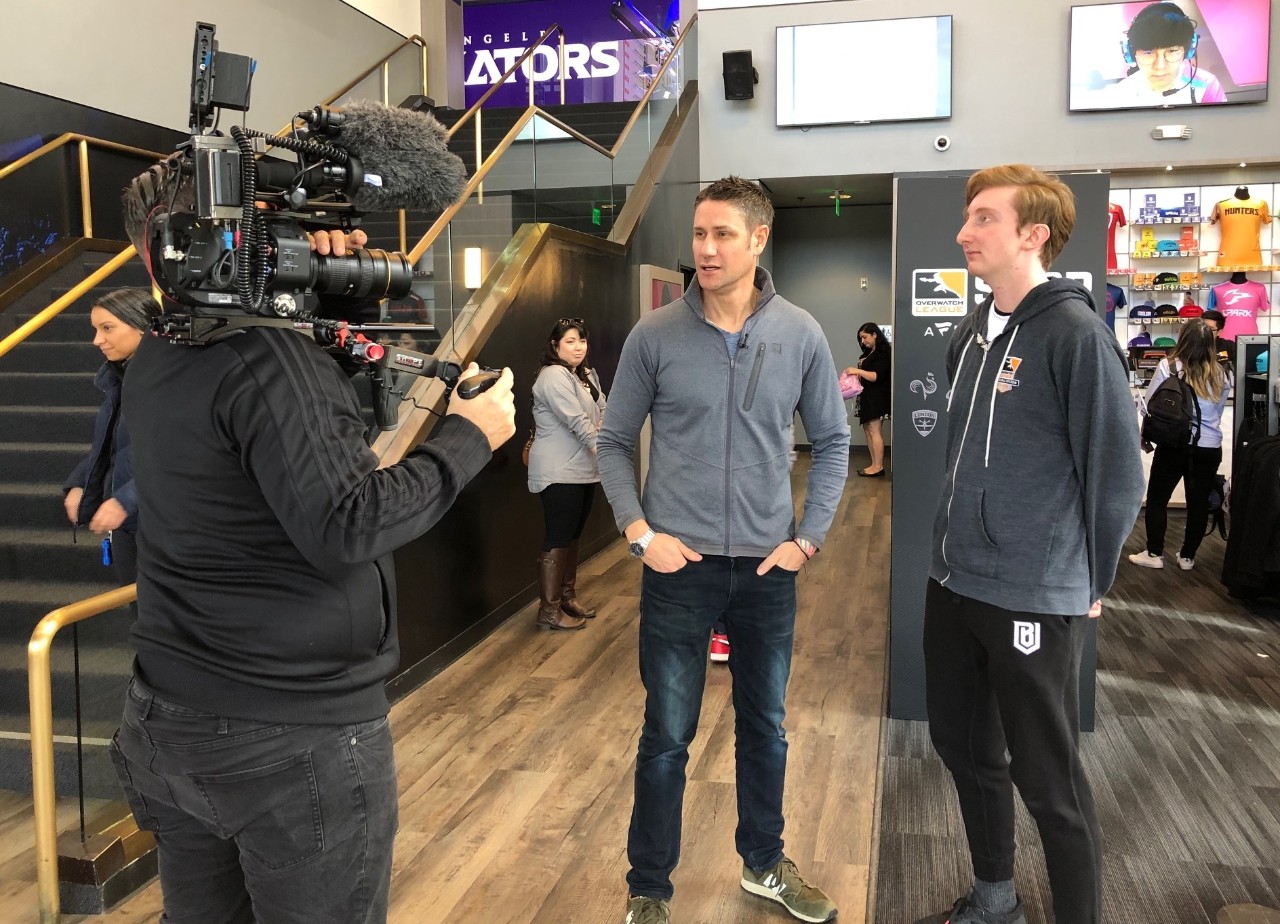 In 2017, he got a call from the Boston Uprising, asking him to try out for the team.

“I wouldn't have believed that was a possibility for anyone. I think I was not aware of any of the possibilities of eSports back then,” he said. “But as I played more games and watched more eSports I think I slowly, slowly realized that possibility all the way up until this.” 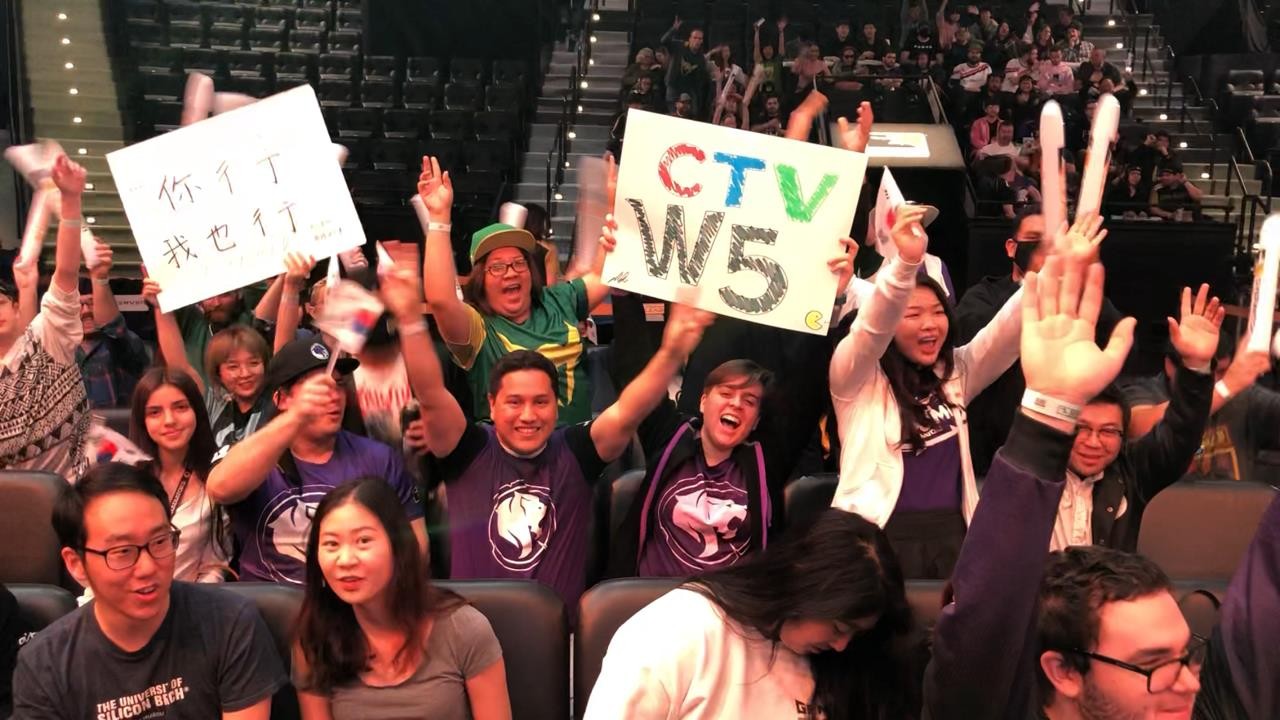 Meissner now trains in a massive L.A. mansion with his other Uprising teammates. They spend at least 4 to 10 hours a day running set plays, drills and tactics.

When they aren’t training, they are taken care of by the team. They have a personal chef who cooks all their meals, and they have access to a masseuse and even a sports psychologist.

On top of it all, Overwatch players earn a minimum salary of US$50,000 a year,  and any prize money won in competitions.

Chris Loranger is the team’s head coach.  He recruited Meissner.

“He's a very smart player, he's extremely talented,” says Loranger. “ I think he has a lot of the innate abilities that you look for in a player. He's very calm, cool, collected.  He doesn't really tilt too much. He's always there showing up, doing his job, every day.”

Exactly the skills the Uprising would need in the match again the Toronto Defiant.  But right from the get-go in the best-of-5 match, Boston fell behind. As good as Meissner and his teammates are, the Defiant were that much better.

The match ended with the Defiant winning 3 to 1, but for Meissner, it was another great learning experience.  One he says will push him to work harder and get that much better.

“It’s unbelievable and I never really expected myself to be in this kind of position,” says Meissner. “I always loved video games, I though eSports was super cool, I watched a ton of it, but now the fact that I am right in the center of it, playing it,  just living through all of it -- it's just really cool.  I could not be happier anywhere else.”

Proof that he’s making an impact, the way his Overwatch fans have embraced his gaming skills.

“There are people out there wearing jerseys with my name on it.  It's just the wildest thing.”